Law as a career is gaining popularity among students all over the country. And Bangalore is the first city that comes to mind of a student while looking for the top law colleges, it is due to the NLSIU Bangalore.

There are almost 55 colleges in Bangalore that provide admission in various law courses. There are around 39 privately owned law colleges, 7 to 8 government colleges and 8 to 9 public private colleges. The colleges of Bangalore offer courses in different modes such as regular, distance, correspondence, and part time classes.

Law as a career can be pursued by students at an undergraduate, postgraduate, or doctorate level. These different levels include degree courses such as BA LL. B, B.Com LL. B, LL. B, LL. M, and PhD.

The table below will show you the highlight of the top colleges in Bangalore. 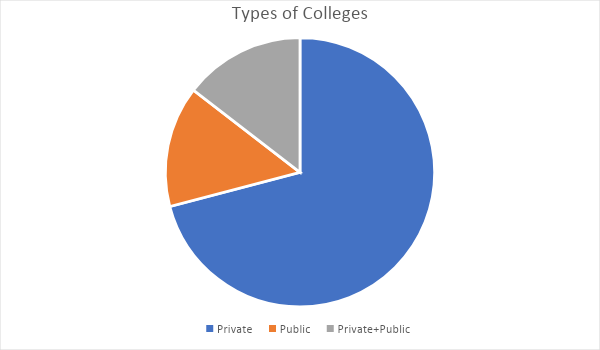 There are very few government/ public law colleges in Bangalore. Here's a list that will show the colleges listed by NIRF and India Today.

Here is a list of top private law colleges in Bangalore that law aspirants should consider while taking admission.

Top 10 LL. B colleges in Bangalore with Fee Structure

Admission process of Top LL. B colleges in Bangalore

Admission into the LL. B courses in Bangalore take place either by merit list or through entrance exams such as CLAT, LSAT, etc.

If the admissions are based on merit, then the candidates need to fill the application form of a particular college and wait for the merit list. Selected candidates will be called for the counseling process. To be eligible to apply for LL. B, a candidate must pass with 45% marks in aggregate in their previous examination.

However, if the admissions are based on an entrance exam, then the candidates either need to opt for CLAT or LSAT India. Both the exams are nationally recognized and most institutes consider their rank while admission.

There are other universities as well that conduct its own exam to take admission into different LL. B courses. A few of these exam are CMRUAT, ACLAT, REVA CLAT, Azim Premji University National Entrance Test, REVA CET, AILET, and PESSAT.

CLAT or common law admission test is one of the toughest and largest entrance exams taken by students from all over the country. Almost all the colleges and universities including NLUs accept CLAT exam scores.

The table below will show you a list of colleges in Bangalore that accepts CLAT scores:

The Law School Admission Council or LSAT India is an admission test taken by students to pursue either a 5-years integrated LL.B course, or a 3-years LL. B course, or LL. M course. LSAT India score is accepted at several private colleges all over the nation.

These were few of the many law colleges in Bangalore accepting CLAT and LSAT India scores.

NLSIU Bangalore Cut-off over the years

NLSIU is the best Law college in the country and all the law aspirants want and try to get into this college. There are various factors the determine the cut off of all the NLUs including Bangalore.

Here’s the opening and closing rank for BA LL. B and LL. M marks for NLSIU Bangalore-

Here’s the opening and closing rank for BA LL. B for NLSIU Bangalore-

Here’s the rank for BA LL. B for NLSIU Bangalore-

Some of the top law colleges in Bangalore get the finest recruiters with amazing salary packages.

Top LL. B Colleges in Bangalore with ROI (Return on Investment)

ROI or Return on Investment can be calculated with the help of total fees charged by the college for a particular course and its average placement package for a year. The table below shows a 4.5 list of colleges with their course fee and average package offered to their students.

Here are the top LL. B colleges in Bangalore ranked by Outlook.

We hope this article was helpful. In case of any query, feel free to head to our QnAZone. For more such information, stay tuned to CollegeDekho.

Bangalore Institute of Legal Studies (BILS) was established in 1942; is affiliated with Karnataka State Law College and endorsed by the Bar Council of India. Bangalore Institute of Legal Studies is a private law college located in Bengaluru, Karnataka. The Institute was ranked among the top 5 private law colleges in India Today's MDRA survey in 2019. The Academy offers an integrated programme under a BA LLB dual degree course. Admission to BILS is done strictly on the basis of the candidate's qualifying exam scores. The Academy currently offers two courses BA LLB and BBA LLB. The campus features a well-established training and placement unit that provides a structured interface to the business environment and ensures student placement.The fee is around 9 Lakh and the duration of these courses is 5 years.
Read More
Popular Specializations

The Oxford College of Law

AILET 2023 Admit Card to be released on 25th November

AILET 2023 Expected Cutoff for All Categories

By: Subhashri Roy
Updated On: November 24, 2022
View All Related News
Want to learn more about college options and to secure an admission now!

Confused about your exam or college applications ?