The propostion holds that students must find a job offering salary thresholds, start their own company or find an internship with an international or government organisation within a year after graduation in order to get a new permit once their current visa is expired. 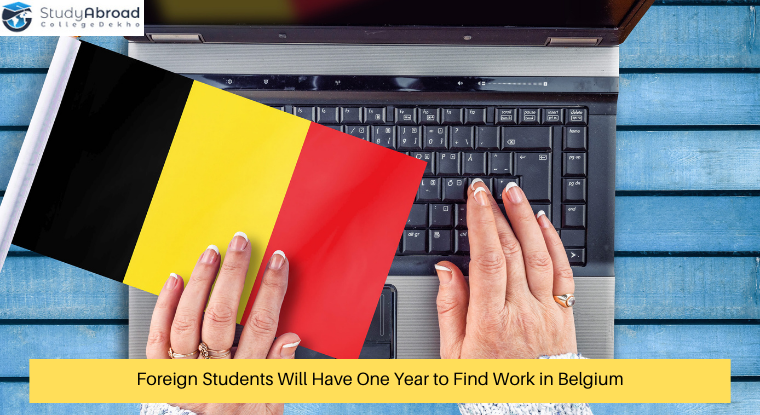 Non-EU students in Belgium will soon have a year to find a job or start a business in the country after they have completed their course. The Council of Ministers in Belgium has recently passed the motion introduced by Secretary of State for Asylum and Migration Sammy Mahdi who believes Belgium not wanting to “lose the war for talent” is one of the reasons for passing the law.

Earlier, students from outside the European Union are required to go back to their home country upon completion of their studies.

However, now, they will have to find a job offering salary thresholds, start their own company or find an internship with an international or government organisation in order to get a new permit once their current visa is expired.

The proposition has now been sent to the Council of State for their opinion.

Mahdi said that although there is no big difference in the process of registration, Netherlands lets international students stay for 12 months upon completion of their studies to find work, unlike Belgium. The same will now change and Belgium would not lose the war for talents.

Every student costs €12,000 per year in Belgium and while this is not a lottery ticket, it can be considered a win-win situation for both Belgium and the students’ home countries. This is an investment that would not give positive results if students are sent back to their home countries only weeks after they have completed their studies because they would not be able to find jobs immediately, Mahdi explained.

University of Antwerp’s member from the International Relations Office Piet Van Hove said that that the “orientation initiative” will also allow international students to get a residence/work permit for 12 months after graduating to find a suitable job or start a company.

He noted that the topic has direct positive and negative effects including international graduates contributing to the Belgian economy (positive) whereas leading to brain drain in home countries (negative).

The option will most likely make Belgium more attractive to international students and researchers although the amount of difference it will make is unclear.

The Organisation for Economic Co-operation and Development (OECD) data revealed that Belgium hosted a total of 10,454 international students in 2018, the share of which has decreased from 11% in 2014 to 10% in 2018. Contrary to that, the number of Belgian students studying abroad is higher than the average across members of OECD.