NYU Shanghai has been successful in setting a new record for the highest number of international student applications received. Officials highlight NYU’s rapid COVID-19 response that allowed over 18,000 students to apply to the different programmes offered in NYU Shanghai. 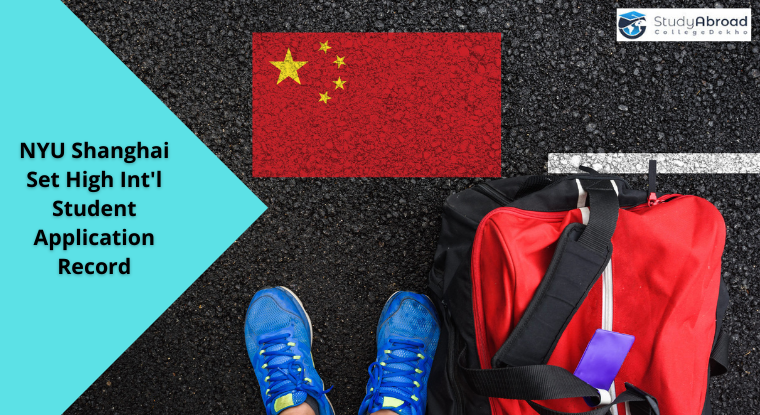 A record number of 18,713 new international student applicants has been achieved by NYU Shanghai. Opened as a joint venture between East China Normal University and New York University, the record has been set for the 2021 autumn admission session, which is also a 12% hike over the last year.

The international application received from students hailing from other countries except for the US hiked by 53%, with 2,246 of the applicants belonging to China. Competition to take one of the 500 places is expected to increase further.

The Director of admissions at NYU Shanghai, Annie Lu, stated through the three global campuses and various academic centres spread across the globe, NYU was able to shift the students to other campuses and study-away sites and promoting the “Go Local” programme. She further claims that NYU is one of the only universities to offer a number of options that students can avail.

Also Read: International Students May Not Be Able to Enter China Anytime Soon