Referring to proposed reforms of NEP 2020, Foreign Secretary of the UK Dominic Raab, during a bilateral meeting with Education Minister Ramesh Pokhriyal said that they would introduce more opportunities for students along with encouraging more participation and collaboration between both the countries. 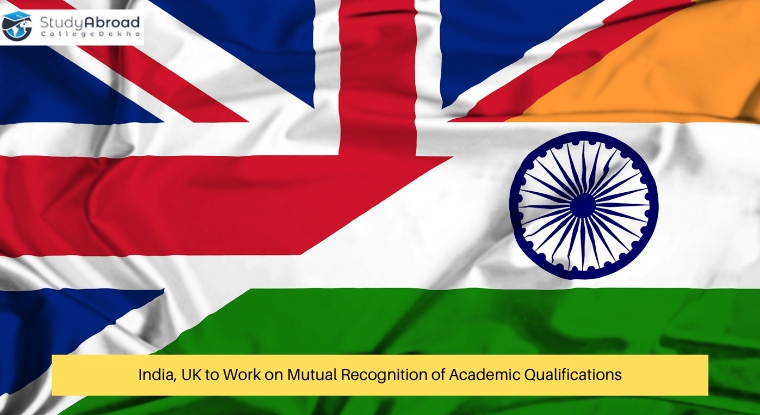 Foreign Secretary of the UK Dominic Raab appreciated the National Education Policy (NEP) 2020 and expressed the decision of further strengthening India-UK collaboration and engaging in the fields of research and education.

Referring to proposed reforms of NEP 2020, Raab, according to an official release during a bilateral meeting with Education Minister Ramesh Pokhriyal said that they would introduce more opportunities for students along with encouraging more participation and collaboration between both the countries.

He further talked about Prime Minister Narendra Modi's visit to the UK in 2018 when he said that education serves as a living bridge between the UK and India, which would be further strengthened by this new policy. He also conveyed a lot of respect for India’s academic reputation as well as the value of the contribution of Indian students to the UK.

He continued to say that the UK has also made a number of changes in its immigration and visa rules in order to attract more international students.

Also Read: 81% of Int'l Students in UK 'Happy' With Their Decision to Start Studies in 2020: Survey

Raab and Pokhriyal mutually agreed to strengthen their collaboration in education and research and work towards mutual recognition of academic qualifications until 2021.

Secretary of Higher Education Amit Khare and Minister of State for Education, of the senior officials of the Ministry, also attended the meeting.

Both the countries will set up a joint Task Force comprising designated higher education organisations from the UK and India to work on mutual recognition of qualifications.

Pokriyal said that a joint task force will help speed up the process as well as assist the agenda for the process of internalisation of higher education.

He added that this agreement is in line with PM Modi’s vision to internationalise Indian higher education and create an internationally mobile workforce.

The educational ties between the two countries have been cooperative and very positive, while this agreement has further signified continued mutual trust in the fields of research, innovation and education, the Education minister said.

The release added that both sides expressed hope that there will be mutual engagement in these fields in the future.