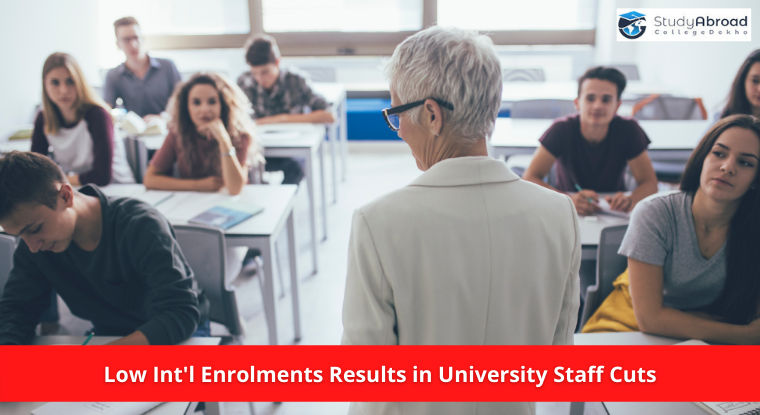 While New Zealand has been successful in controlling the spread of COVID-19 within its borders, the success was met with a steep price tag. Strict border control and refusing entry to international students have left the universities in New Zealand in a precarious position.

Since 2020, Universities across the country have decided to cut down on their staff numbers by either convincing them to take up voluntary redundancies or 'early leaving'. This ‘reduction’ is expected to continue throughout this year as well.

Barring the University of Otago, which has capped the international enrolment numbers to no more than 15% of the total enrolment, all universities have made such cuts. With assistant professors, professors and researchers either choosing voluntary redundancies, early leaving or have left or are about to.

Tina Smith, the President of Tertiary Education Union, stated that pushing out senior researchers and academicians will not be beneficial for the students of New Zealand, who wish to learn. She added that the Universities have been “over-reacting”, with international enrolments down and rising domestic enrolments, Universities have not lost as much money as they expected.

Smith also added that the inability of increased domestic enrolments to provide the same financial support that international enrolments did, highlighted the lack of funding for domestic students from the government.

Chris Whelan, Director of Universities New Zealand, emphasised that the increased domestic enrolments this year does not compensate for losses incurred due to the lack of international student enrolments and their respective fees. He further revealed that the number of overseas enrolments could be just one-third of the original numbers/

Highlighting that international student enrolments were the source of 12-15% of the total revenue, and with two-thirds missing, universities are forced to close the financial gaps, Whelan added.

In his statement, Whelan stated that last year most universities were unable to meet the first-year intakes in the previous years. This, in turn, results in a limited second-year intake this year and subsequently, a limited third-year intake. These issues have resulted in the universities taking such steps earlier on, instead of having to make more drastic changes later on.

Regarding the staff cuts, Whelan stated that the University staff cuts have been significant, however, it is too early to determine whether more are required.