The university has a vast campus spread over approximately 2425 acres and along with that 500 acres reserved for innovation place Research Park. The Early architects of this campus were Brown & Vallance who designed the first building in the Gothic style which was also declared a National Historic Site of Canada. The stone was laid in 1910 by the Prime Minister of Canada. After that, they designed the Administration Building, Saskatchewan hall Student Residence, Engineering Building, Barn & Stock pavilion, and Emmanuel College. Over the years from 1910 to 1923 many buildings were added like President's Residence, Qu’Appelle hall student Residence, Physics Building, Memorial Gates and the Field Husbandry Building. These buildings are beautifully designed in limestone and greystone. Presently most of the buildings are connected by skywalks and tunnels. This university has over 200 academic programs at Bachelor and masters level from Arts, Science, Engineering, Pharmacy and Nutrition, Physical therapy, Kinesiology, Veterinary Medicine, Dentistry, Business, law, Medicine and many more.

The university has many achievements to brag on. It is known for its big contribution to the field of medical research. University’s research includes the Canadian Light source which specializes in health, agriculture and the environment. The University of Saskatchewan has an alumni association of more than  164,000 graduates who can be found worldwide. Every year, around 3,500 students graduate from the university and become a part of the alumni family. The alumni of the University of Saskatchewan are successful in different fields. Many of them are Rhodes scholars, Nobel prize winners, prime ministers, CEOs, entrepreneurs,  prime ministers, teachers, scholars, nurses, and actors. Some of the notable alumni of the University of Saskatchewan are Sylvia Fedoruk, John Diefenbaker, Roy Romanow, Ray Hnatyshyn, Henry Taube, Emmett Matthew hall.

The University maintains a friendly environment that promotes and celebrates sexual and gender identity. People from diverse cultures, sex, race, nationality are welcomed on the campus. The advisory committee at the campus educates about sexual and gender diversity. University is home to 3000 students from 130 countries. University conducts a timely career fair and conference where employers meet the students who are looking at the placements after their graduation. They also have an Accounting fair, Pharmacy fair, Agriculture and Bioresources and Education fair from time to time. Top recruiters include Saskatchewan Health Authority, Nutrien, Cameco Corporation, and Scotia Bank.

Institutes similar to University of Saskatchewan 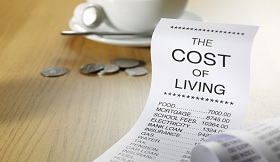 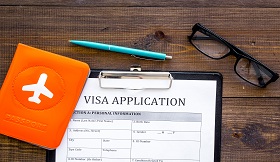 Planning to study in University of Saskatchewan?