To help with transitioning temporary workers, especially in the healthcare and other essential sectors, to permanent residency, Canada has announced 6 new programmes. The new pathways will help over 90,000 international graduates from Canadian Institutions and essential workers to gain permanent residency. 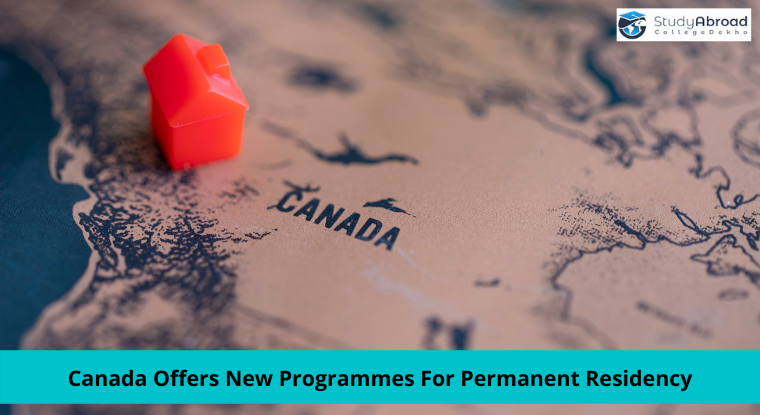 With an ageing population, Canada has been working on retaining the incoming international students and skilled migrant workers in the country. Starting this May, international student graduates, essential workers and French-speakers in Canada will be offered 6 new pathways that lead to permanent residency.

Marco Mendicino, the Immigration Minister of Canada announced the new programmes on 14th April 2021. Through the new policy, 90,000 new immigrants are expected to receive their new permanent residency under the three programmes. Additionally, there is no cap on the intake numbers for French-speaking immigrants under the other three streams.

The temporary workers working in hospitals or long-term care homes, along with those employed in the frontlines of other essential sectors and the international students who graduated from a Canadian University are eligible to apply for the programmes.

The IRCC or Immigration, Refugees and Citizenship Canada will be accepting applications for the following streams as of 6th May 2021:

As per the policies, the deadline to apply for the streams is 5th November 2021, or until they have reached the limit, whichever is achieved first. Currently, the policies will be open to temporary workers employed in 40 different healthcare occupations and 95 other essential services, ranging from caregiving, food production and distribution, among many others.

For all candidates interested in applying for the new programmes, they must meet the following criteria.

In a media release, Mendicino revealed that the policies will help those with temporary status to build a career in Canada, while also playing a vital role in the recovery and development of the country’s economy.

Over the past year, especially since Fall, the Minister for Immigration had been hinting at such an idea, after revealing the immigration targets Canada received for the first time. The inability to admit an appropriate number of immigrants resulted in a decline in population growth to WWI levels. Such a move will in reclaiming the previous successful numbers.

Canada is expected to welcome around 1.2 million new immigration within the span of the next three years. Nearly 401,000 immigrants are expected to become permanent residents in the year 2021 itself, while the COVID travel restrictions continue to remain in effect.

The Immigration system in Canada has been working towards transitioning immigrants to permanent residents. Canada’s more than 100 different economic class programmes already award extra points to immigrants with Canadian experience, while other programmes exist to specifically help with the transitioning.

In its bid to reach the 2021 goal, Canada invited large numbers of immigrant applicants, who have been living in Canada during the pandemic, to apply for permanent residency. Canada has held Express Entry draws since the beginning of the year, targeting candidates eligible for the Canadian Experience Class, or those who have been nominated through Provincial Nominee Programme, previously. Express Entry is one of the major methods used by Canada to welcome its economic class immigrants, which accumulates to a quarter of the annual newcomer admissions in Canada.

Canada marked an important event on 13th Feb 2021, when they invited 27,332 CEC-eligible candidates from the Express Entry pool. The invitation became the largest and most historic draw since the launch of Express Entry in 2015. The highest number of invitation sent out was 5,000 before it was crushed on Feb 13th.

As per the Department’s reasoning behind such a large draw was its efforts in helping more immigration candidates working in Canada to stay back. As per sources, 90% of the CEC candidates are already in Canada, thus excluding them from travel restrictions. Additionally, the CEC candidates will not face the same difficulties in compiling their documents, when compared to the overseas applicants.

Among the other methods to reach the 400,000+ targets, Canada will be depending on other economic class streams to help in the transition process of becoming a permanent resident. Alongside the above-mentioned steps, the Atlantic Immigration Pilot and other similar federal streams will facilitate more candidates to receive their permanent residency.

The IRCC and Quebec had started accepting applications for permanent residency from immigrants working on the frontlines during the pandemic, as a token of appreciation. Calling them the “Guardian Angels”, Canada is working towards recognising the efforts and contributions of the immigrants.