Taiwan and Japan have announced their decision to close off their borders for non-resident foreign nationals till the end of January 2021, at least. The decision is expected to affect international students who applied to begin their course during the Spring Semester. 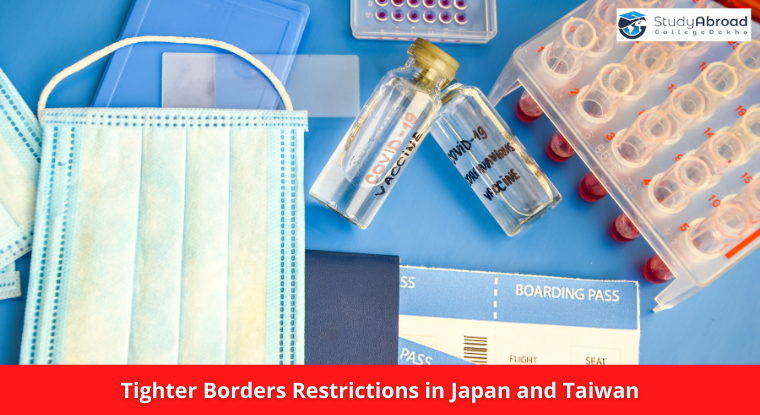 With the new Corona Virus strain spreading to different parts of the world, Taiwan and Japan along with few other countries have increased their border restrictions. The strict border restrictions are expected to remain until the end of January, at minimum.

However, Alien Resident Holders in Taiwan who applied and received a special permit to travel to the country after approval from competent Republic of China central agencies are relieved from the restrictions.

The Ministry of Education has further announced that the approval of further requests has been put on hold for this month. In other words, international students who have received approval will be the only ones allowed to enter the country. The Ministry of Education also highlighted that nearly 50 students have outstanding permits and are yet to return to the country.

Among the steps taken to tighten the border restrictions, the Central Epidemic Command Centre of Taiwan has stated that travellers will now be asked to provide proof of the location they will use as their quarantine centre along with a COVID-19 RT-PCR test report which had been taken no more than 3 days prior to boarding the flight.

Also Read: International Students in the UK May Soon Have Access to COVID-19 Vaccine for Free

The Centre added that “the travellers should, in principle, quarantine at a group quarantine facility or hotel.” Travellers who wish to and choose to quarantine at home will be required to sign an affidavit admitting that they meet the quarantine requirement of one person per residence.

The international students who are currently residing in Taiwan have been advised to remain inside the country as they may not be allowed to return to the country.

The Prime Minister of Japan, Yoshihide Suga commented that the strict restrictions are to protect the livelihoods and lives of the citizens of Japan.

Japan had earlier released its plans on increasing the number of international students from 2022 at national universities. However, due to the new strains, the borders have been closed off for all non-resident foreign nationals.

With the decision, the Chinese and Japanese language market in both countries is expected to be affected. However, various stakeholders have determined to continue through online sales, which was a major reason for stability during the pandemic.