New Zealand revealed that 5,000 spaces, which were kept aside for international students, are going to get distributed in April this year to various universities. Currently, institutes in New Zealand have at least 1,450 spots, while its schools have 1,000 spots. 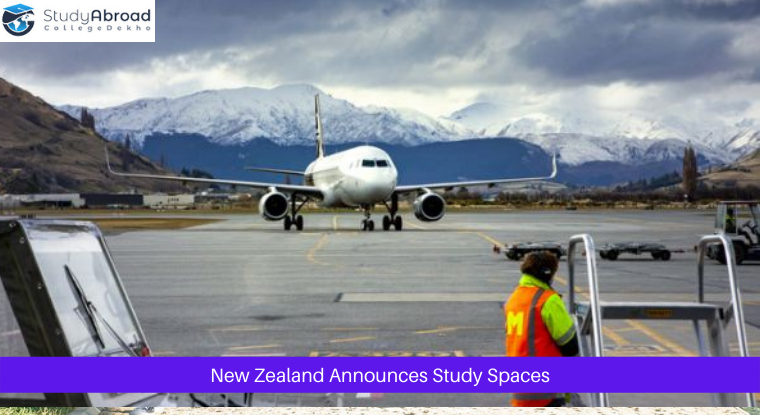 As per a recent update, the New Zealand government has declared that 5,000 study spaces, which have been aside for international students returning to the country, would be distributed in the month of April amongst various universities.

In early February, New Zealand's border class exemption plans announced by the government stated that some of the international students would be permitted to return before full student visa processing resumes in October 2022.

Out of the various educational institutions in New Zealand, universities have at least 1,450 spots, schools have 1,000 spots, Te Pkenga (the country's institution for skills and technology) has 700 spots, private training establishments have 850 spots, and English language schools have another 1,000 spots.

Universities New Zealand executive (Te Pkai Tara), Chris Whelan said that although the country's eight institutes could have filled the places in the recent allotment of exemptions by itself, the government has managed a formula to calculate how they will get distributed across all tertiary sub-sectors.

He added that due to 'the number of suppliers,' schools, ELSs, and PTEs are required to apply or register for the spots. After which, the education providers will decide which student will be alloted to which slots. Just a few days ago, the New Zealand government revealed that they are planning to open their borders to visitors.

Visitors who are fully vaccinated against Covid-19 will be allowed to enter New Zealand starting from May 2 without being quarantined. As per reports, international students who are not in the list of 5,000 returnees in April would not be able to begin their studies until 2023 in the country.

However, Wehlan said that they are working on lifting the limit and expanding it to several students who can join for the second semester in July and August here.

For the unversed, over 34,000 international students enroled themselves in New Zealand in 2019, contributing $1.25 billion to the nation's GDP, however the sector suffered since they closed its borders in 2020 due to the Covid-19 pandemic.

Want to Know More About Recent Guidelines in New Zealand?

Talk To Us Now!

The Hague University of Applied Sciences