With its neighbouring country, Australia facing an increase in the numbers of COVID-19 cases in New South Wales and Victoria, New Zealand shows no signs of amending its plans for the returning students, which was revealed by Chris Hipkins, the NZ education minister. 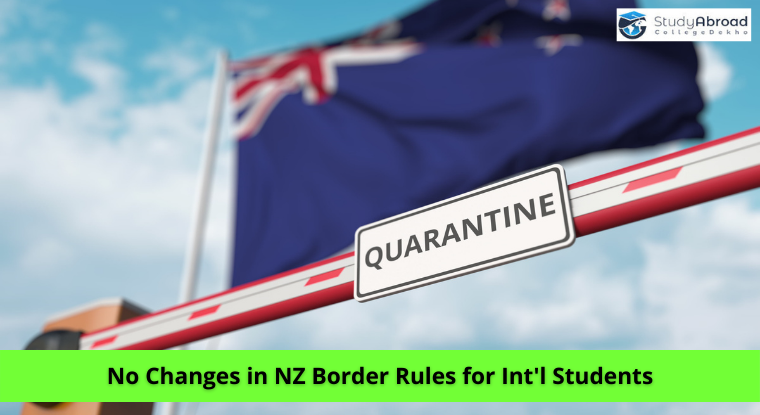 Seeing little to no improvements with the pandemic, no major amendments to the current plans on returning international students in New Zealand, stated the Minister of Education, Chris Hipkins during the annual International Education Forum 2021 in Auckland.

The New Zealand government had earlier authorised an exception of 1,000 international tertiary students who had started their study in the universities in New Zealand but have been unable to enter the country due to pandemic-borne travel and border restrictions.

Chris Hipkins, the country’s education minister commented that their priority remains in the safety, health and well-being of the people in the country. He had added that the students would have been able to return to New Zealand in phases, starting with a cohort of 300 students, returning in April with the remain returning throughout the year with the availability of “Managed Isolation and Quarantine” (MIQ).

However, sources have revealed that with more than half a year completed, a small 135 students out of the initial 1,000  have been allowed entry. The small acceptance of the international students could be attributed to the “drawn-out application process, lack of spots in New Zealand’s MIQ spaces and confusion regarding the eligibility criteria”, stated PIE News.

Writing an open letter on May 21, Hipkins revealed that the government stands committed to its strategies for maintaining the well-being of the New Zealanders, which includes the eradication of COVID-19 within its communities.

He stated that the likelihood of re-engaging with countries that have built a high level of trust and confidence with New Zealand and those who have been pursuing similar Elimination Strategies to New Zealand throughout 2021 may remain limited.

Sources have also revealed that a total of 1,250 students have been accepted to return to New Zealand in stages spanning over the next few months, as of June 2021. In a bid to support the re-entry of students, nearly 400 MIQ accommodations have been reserved. After analysing the effects after the return of the initial 400 students, additional opportunities will be placed to help more students in entering the country.

Concluding his statements, Hipkins explained that they may not be able to provide students with “specific timeframes” for them to enter the country in 2022. However, he added that they will continue to ensure that they are ready to act quickly, as and when the opportunity presents itself.