University of Illinois to Set Up Offices in New Delhi, Bengaluru

University of Illinois has decided to set up a branch office in Bengaluru and a liaison office in New Delhi, aimed at developing relationships with both corporate and academic partners and alumni in India and to support student recruitment. 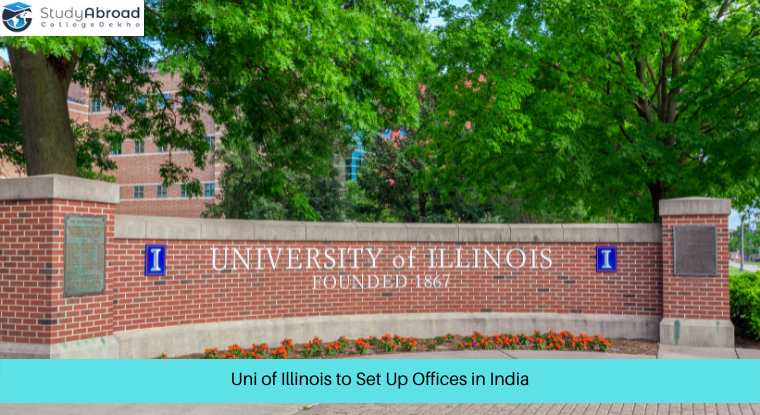 A surge in the number of international students arriving at the University of Illinois in recent years has prompted the university to open a liaison office in Bengaluru and New Delhi by 2022.

A spokesperson of the university said that in fall 2020, a total of 2,848 international students from India came to study in the U. of I. system including Springfield, Chicago and Urbana-Champaign, with the highest number - 1,801 - in Urbana-Champaign.

China was the largest international student source, with 5,836 students enrolled in fall 2020.

Wish to Study at the University of Illinois?

Last month, the board of trustees of the university voted to set up a branch office in Bengaluru and a U. of I. system liaison office in New Delhi. This would be aimed at developing relationships with both corporate and academic partners and alumni in India and to support student recruitment.

India is the second leading country of origin of international students, with home to over 2,200 alumni as well as academic and industry partners, officials mentioned.

The university opened a University of Illinois Urbana-Champaign’s office in Shanghai in 2013 and an office in Singapore for U. of I.’s Grainger College of Engineering in 2009.

Also Read: International Students Confused Over Vaccination Requirements in the US

These offices in India will also act as hubs for university alumni who attended U. of I. and returned to work in India after graduation, said Pradeep Khanna, associate VC for corporate relations and economic development at the university.

In 2018, the university signed agreements for new academic and research partnerships with seven of India’s leading universities and research agencies, said officials.