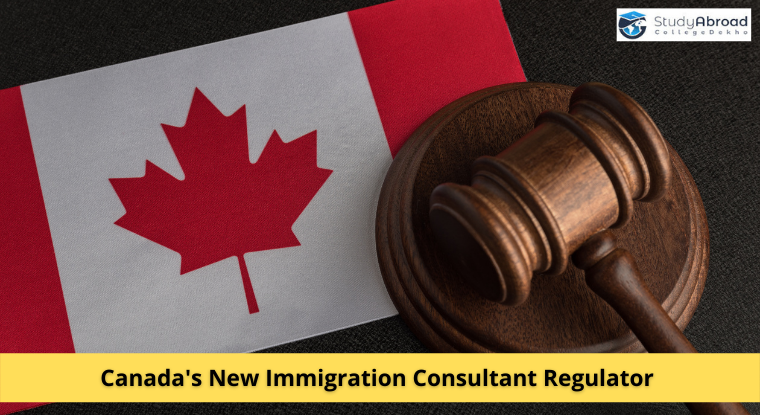 In a bid to provide safe and secure help to international students aspiring to study or work in Canada, the country has introduced a College of Immigration and Citizenship Consultants. The college has been set up to “root out” immigration fraud, thus, protecting those looking forward to travelling to the country. The college will commence its operations on November 23.

Marco E.L. Mendicino, the Minister for Immigration, Refugees and Citizenship, commented that it was the duty of the country to provide honest, professional and ethical advice that future international immigrants deserve.

He added that the new College of Immigration and Citizenship Consultants is a step towards delivering those promises. Further, to be in a position where Canada continues to be “ the envy of the world” the College will help protect the incoming freshers and enhance the immigration system of Canada.

Welcoming the move, the Canadian Bureau for International Education (CBIE) commented that it looks forward to partnering with the College, supporting the new framework, strengthening the “regulation of immigration advisors while protecting the integrity of the immigration system”.

As per a statement from the Immigration Consultants of Canada Regulatory Council (ICCRC), “significant work” had been done to reach the latest announcement. Additionally, it will be recognised as the College of immigration and Citizenship Consultants.

IRCC’s official statements revealed that the College of Immigration and Citizenship Consultants will be a “fundamentally different” organisation to the ICCRC. The college will receive expanded authority that is required for the regulation of immigration consultants, while also becoming “additional levers for government oversight”. The oversight will include the authority to “establish a code of professional conduct for licensees while also making regulations concerning the governance of the College”.

Randall Martin, British Columbia Council for International Education’s Executive Director, welcomed the move by stating that the consultancy community has grown, where to maintain the country’s international student and immigration numbers, that continues to grow, it becomes logical to create a regulatory body responsible for overseeing and maintaining the quality and integrity.

Martin further informed that the ICCR Council had been established in 2011 at a time when export education was the trend and immigration counselling was largely unregulated. At the time, students along with other immigrant classes had been receiving a range of advice from good to bad to worse and even inappropriate, he added. Now, with the requirement of studying and qualifying to become a registered immigration and citizenship consultant, the challenges and issues will be solved, most of which have already been addressed.

Currently, the ICCRC is working with the IRCC on developing regulations supporting the College of Immigration and Citizenship Consultants. In its statement, more details pertaining to the licensing, professional conduct, compliance and professional development will be addressed and provided in the coming months.

The Pie News reported that some of the new strengthened tools at the hands of the regulator to help investigate and discipline licensees include:

The IRCC also informed that the unlicensed immigration consultants will receive cease and desist letters along with a request for court injunctions.