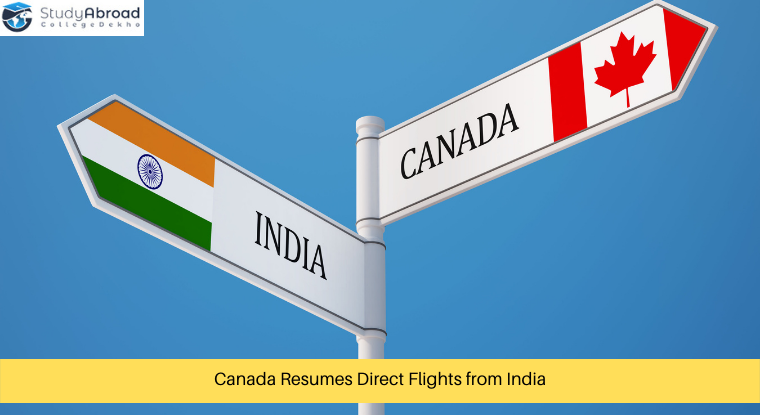 It added that Indian travellers will now have to mandatorily submit proof of a negative COVID-19 molecular test from the Delhi airport’s approved Genestrings Laboratory taken within 18 hours before departure. They will have to show the test report with a QR code issued by the laboratory to the airline before boarding the flight.

It further said that those who have previously tested positive for COVID-19 may show a positive molecular test report issued by a certified laboratory in India. The collection date should be between 14 and 180 days before departure to Canada.

Canada banned all direct flights from India in April amid the second wave of COVID-19. Since then, the date of lifting the ban had been postponed many times.

Find and compare programs around the world using our comprehensive search!

The ban was lifted after test results of Indian passengers who flew to Canada on September 22 abroad three Air Canada flights came out to be negative.

India’s high commissioner to Canada Ajay Bisaria welcomed the long-awaited decision and called it a “decisive step towards normalising air mobility” between the two countries.

He tweeted that Air India and Air Canada were now set to run daily flights to and from Delhi and Toronto/Vancouver from September 27 and that both the countries have been working together to further ease travel.

Indian passengers who travel from India to Canada via an indirect route would still have to provide a pre-departure negative COVID-19 molecular test result from the middle/third country before boarding the flight to Canada.