A new report claims that Canada has become the most-searched country on Google for studying abroad. Spanning from India to Colombia, Canada has bested every other top study abroad destination. 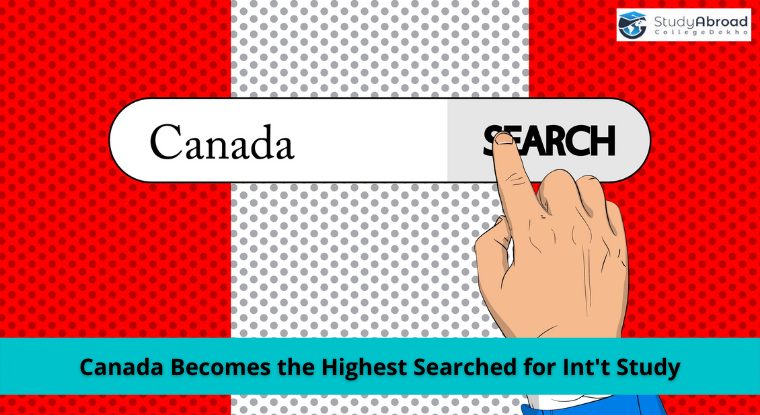 As per an analysis of Google search data by Remitly, a money-transferring platform, it has been revealed that Canada is the most-searched destination for study abroad in 36 countries, thus becoming the top desired destination for higher education.

Spanning from India to Colombia, Canada has bested every other top study abroad destination.

As per reports, Remitly analysed data after compiling the monthly search volume for common search terms. For instance, “Study in (Location), or “University in (Location)” and other techniques were used for around 164 countries.

With increasing income from high international tuition fees, universities and colleges started relying on the international student tuition fee as their revenue to tackle the operational charges.

Along with countries and universities, the study also evaluated the growth in popularity of courses as well. As per the report, programmes in fields of mathematics &computer science and IT saw a rise of 374% in international student numbers within the decade. Courses related to the transportation sector have also seen a seven-fold increase as well.

If you are interested in pursuing higher education abroad but are confused about which country is right for you, then connect with our study abroad experts today!