Set to make history, Ms Neeli Bendapudi will become the first woman and person of colour to be the president of the prestigious Pennsylvania State University. With an impressive professional background in the field of academia and leadership, Ms Neeli Bendapudi holds the qualities of a 21-st century academic leader. 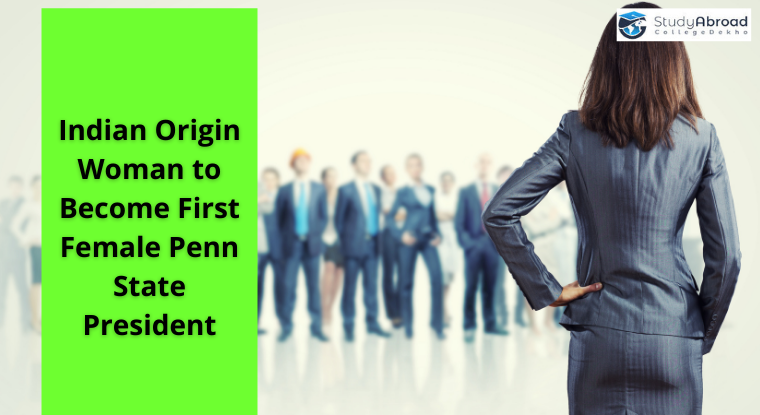 With years of experience, knowledge and expertise backing her newest position as the President of one of the most prestigious universities in the US, Pennsylvania State University, Professor Neeli Bendapudi has become the first female and POC, i.e. person of colour to take the position at the university.

Ms Bendapudi, born in Visakhapatnam, travelled to the US in 1986 for higher studies and has now become the president of Penn State University. Currently, she is the 18th president at the University of Louisville Kentucky and a Marketing professor at the university as well.

In a statement released by the university, Ms Neeli Bendapudi will make history by becoming the first woman and person of colour when she takes up the position of the 19th president of Pennsylvania State University in Spring 2022.

Her 30-year career in academia includes holding the post of executive vice-chancellor and provost at the University of Kansas while also being the Dean of the School of Business at the same university. Additionally, at Ohio State Univerisity, Ms Bendapudi was the founding director of the university's Initiative for Managing Services.

Expressing her gratitude for the election, Ms Bendapudi promises to “help Penn State reach new heights across each of their campuses. She is set to take over the chair from the previous President Eric J Barron.

Her towering career includes some highly renowned positions such as being Huntington National Bank's executive vice president and chief customer officer, while also consulting for some of the highly renowned organisations in the world such as, the US Army, Proctor & Gamble and AIG. It was between 2016 and 2018 that Ms Bendapudi served as the University of Kansas's provost and executive vice chancellor, prior to which, she was the dean of KU’s Business School between 2011 and 2016.

Ms Bendapudi’s career as an educator has seen her teach marketing at the undergraduate, graduate and doctoral levels, while also receiving multiple teaching awards, such as the Outstanding Marketing Teacher Award offered by the Academy of Marketing Science. Her teaching career saw her taking up classes at the Ohio State University, Texas A&M University, the University of Louisville and the University of Kansas.

Professor Bendapudi pursued her Bachelor’s degree in English and her Master of Business Administration from Andhra University. She then travelled to the US and enrolled at the University of Kansas to pursue her PhD in Marketing.