The university was awarded the 2020 IIE Seal of Excellence after it met the goal of increasing its study abroad participation by 17% since it joined IIE’s five-year Generation Study Abroad (GSE) Initiative in 2014. 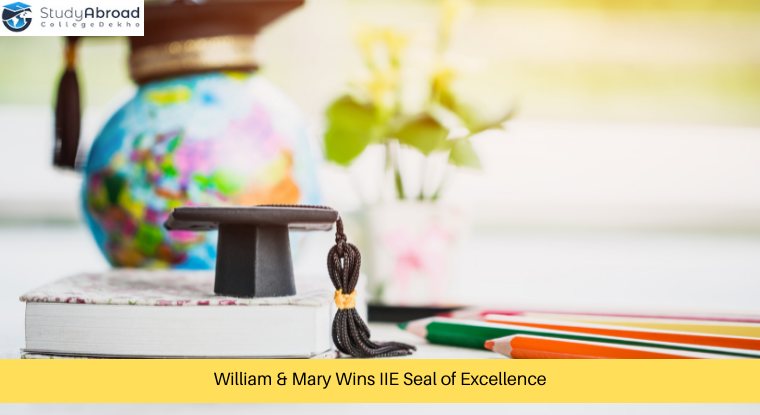 The College of William & Mary has won the Institute of International Education (IIE)’s 2020 IIE Seal of Excellence for its efforts to increase diversity and inclusion in its Study Abroad program and making it more accessible to students.

William & Mary is part of IIE’s five-year Generation Study Abroad (GSE) Initiative, which was launched in 2014 and was aimed at growing and diversifying the number of international students in the US by the end of the decade.

The university was awarded the 2020 IIE Seal of Excellence after it met the goal of increasing its study abroad participation by 17% from 2014. In addition, it also doubled the scholarship amount received.

Also Read: International Students to be Eligible for US COVID-19 Emergency Grants

Among the university’s efforts to diversify the program, it granted more than $650,000 worth of scholarships every year and also created programs of shorter duration in the spring and winter semesters to make study abroad more accessible to STEM students and those who required financial help.

IIE is a non-profit organisation, founded in 1919, that manages more than 2000 study abroad programs with participants from over 180 countries. It majorly focuses on international education and development of study and training programs for both students and educators.