Starting April 1, 2022, international students from four private career colleges in New Brunswick and who have studied in one of 19 targeted occupations will be able to apply for Provincial Nominee Program (PNP). 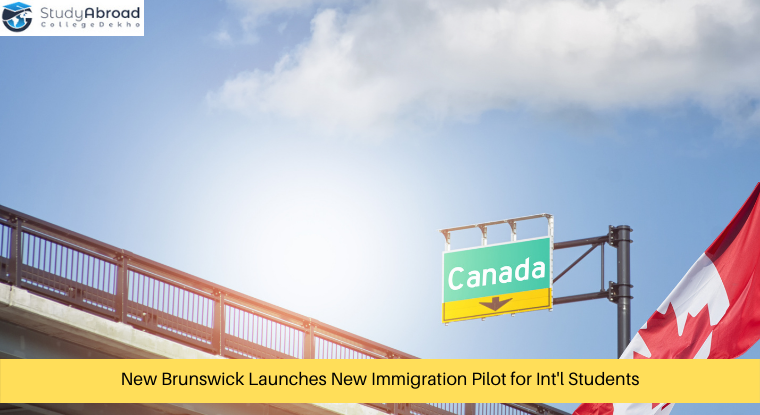 The Canadian province of New Brunswick has launched a new immigration pilot for international students who graduate from four of its private career colleges.

From April 1, 2022, international students who graduate from McKenzie College, Atlantic Business College, Oulton College or Eastern College will be able to apply for the Provincial Nominee Program (PNP). They must also have studied in one of the 19 eligible and targeted occupations.

The PNP lets provinces and territories in Canada to identify immigration applicants who meet their local economic needs. Many streams under PNP aim at drawing more international students.

Although full details and requirements for the pilot projects will be made available in the fall, the government has issued a news release saying the project is for recent graduates of designated learning institutions (DLIs) who are not eligible for the federal Post-Graduation Work Permit (PGWP). The program is limited to DLIs in New Brunswick that have held its designation for at least five years and have eligible programs of study on offer.

The program has been introduced in collaboration with Opportunities NB (ONB), a leading business development corporation in the province along with Immigration, Refugees and Citizenship Canada (IRCC).

The same is in line with the objectives set forth by business groups and organisations in New Brunswick.

The group including the New Brunswick Business Council, the Saint John Regional Chamber of Commerce, boards of trade and the Canadian Manufacturers and Experts pointed out three areas where action was needed to be taken by the federal government.

The group asked the federal government to allocate more space for immigrants in order to reach a target of 10,000 immigrants by 2024.

During the next 10 years, the province expects around 120,000 New Brunswickers to leave the workforce.