Biden Likely to Give American citizenship to Over 500,000 Indians

US President-elect Joe Biden is likely to provide American citizenship to nearly 11 million undocumented immigrants, which include over 500,000 from India. His policy document also highlighted that he will work towards allowing immigrants to gain lawful permanent residence in the US to be involved in skilled work. 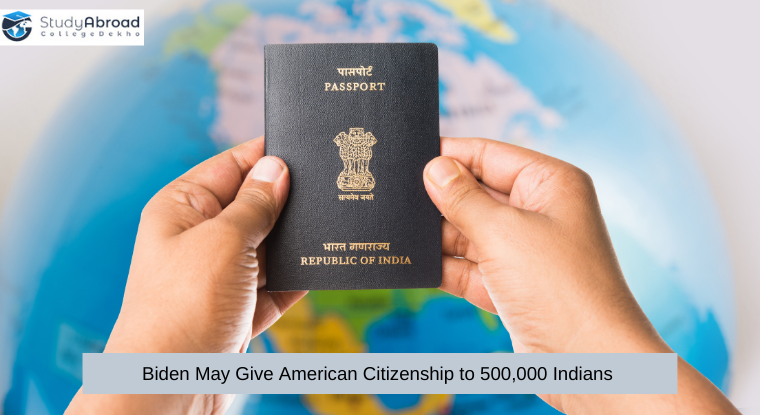 According to the United States President-elect Joe Biden’s policy document, he will work towards providing American citizenship to around 11 million “undocumented” immigrants including more than 500,000 Indians. His administration will also set the annual ceiling of admission of refugees to a minimum of 95,000 every year.

It further said that Indian-Americans, a rather large immigrant community in the US, has brought in an immense sense of strength to the country. With relation to this, Biden will start working with Congress to introduce reforms and modernise the system with the objective of keeping families together.

With the central focus on preserving family unification and supporting family-based immigration, the Biden administration will ensure that the family visa backlog is reduced, which has been a deterrent in the US immigration system.

The document also said that he will increase the number of refugees that the US welcomes by establishing the global refugee target to 125,000 per year. The same will be raised over time to make it consistent with the global need along with the country’s values and responsibilities.

Launched by the Obama administration and moved to end it in 2017 by Trump, Biden will also reinstate the Deferred Action for Childhood Arrivals (DACA) programme and make sure that families are protected from inhumane separation.

In addition, he has promised to increase the number of employment-based visas, also known as green cards. All recent graduates of PhD programmes in science, technology, engineering and math (STEM) fields will also be exempted from the cap.

The document further highlighted Biden’s plans on green cards, which will allow immigrants to gain lawful permanent residence in the United States to be involved in skilled work.

Stay tuned to catch the latest news and updates on US immigration policy and visa changes.