The new settlement holds that scores of SAT or ACT would not be considered for admission to the University of California between fall 2021 and spring 2025. This comes after a lawsuit was filed on behalf of some high school students and nonprofit groups in 2019. 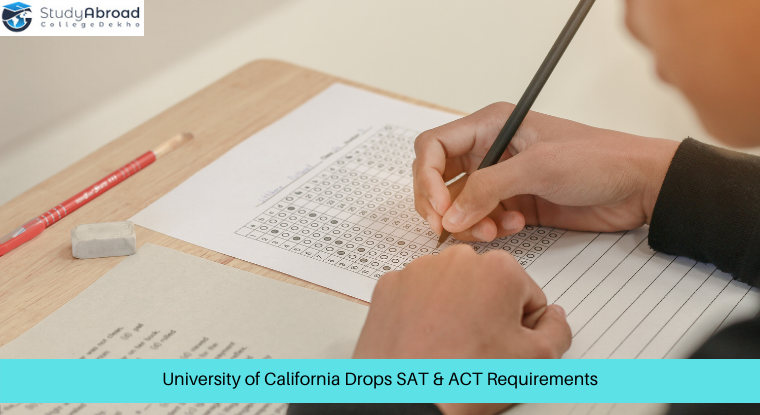 The University of California has decided to drop SAT and ACT requirements for admission and scholarships following a 2019 lawsuit filed on behalf of some high school students and nonprofit groups.

The university announced the settlement of the student lawsuit on May 14, 2021. Activists had been arguing that only wealthier kids benefited from standardised tests such as ACT and SAT, whereas minority and low-income students were at a disadvantage. They pointed out that questions on these tests showed an inherent bias towards privileged  students who could take expensive prep courses that helped improve their scores.

The San Francisco Chronicle reported that the university, which has over 280,000 students, decided to stop fighting last fall’s injunction, barring it from taking scores of standardised tests even if candidates submitted them voluntarily.

Want to Study Bachelor's in the US?

Amanda Savage, an attorney representing the students, argued that the settlement will make sure that the university does not use SAT and ACT scores in future, which the university itself argued were based on racist metrics.

In 2020, the UC Board of Regents voted to eliminate both SAT and ACT for admissions till 2024 and drop them for residents of California after that.

This fall, applicants did not submit SAT or ACT scores although the university had said students could submit them voluntarily.

The school said the new settlement will provide certainty to students and their families, high schools, and counselors.

The agreement holds that scores of SAT or ACT would not be considered for admission between fall 2021 and spring 2025. However, they can be used for course placement only after a student is admitted.

A nonprofit group based out of Massachusetts, known as FairTest, announced in April 2021 that over 1,400 colleges and universities in the US that offer undergraduate degrees will not ask students to submit test scores for fall 2022 admission. This amounts to over 60% of undergraduate institutions in the US.