Indian, Chinese Students Account for 47% of International Student Population in US: Report 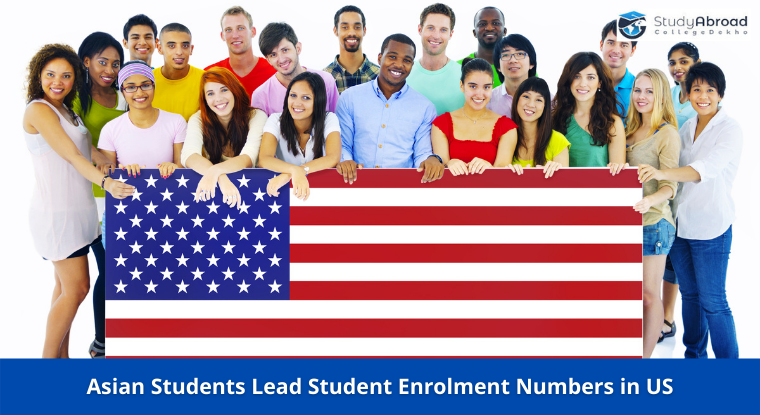 The US has been one of the top destinations for international students who have dreamt of studying abroad. Over the past few years, students from India and China have accounted for nearly half (47%) of the international student population, as per data revealed in a recent study conducted by Student and Exchange Visitor Programme (SEVP).

As part of the US Immigration and Enforcement, the SEVP highlighted that over 1,25 million active records in SEVIS have been reported for F-1 and M-1 students, during the 2020 calendar year. The report further highlighted the significant drop in enrolments as a result of the world-wide lockdown due to the pandemic.

As per the report, a decline of 91% and 72% were seen for new F-1 and M-1 international student enrolment at the US HEIs, respectively. SEVIS revealed that 382,561 students from China and 207,460 students from India has enrolled. South Korea, Saudi Arabia, Canada and Brazil followed China and India in the total number of international student enrolments, the report highlighted. 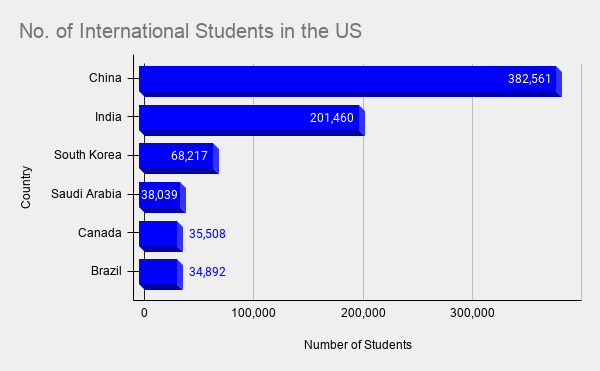 Among all the active SEVIS records, 47% or 590,021 of the records were either from India or China for the calendar year 2020. This was a 1% decrease from the 48% report in 2019. The report highlighted that even though there was a reduction of 143,697 student records in F-1 and M-1 between the calendar year 2019 and 2020, the trends in other competitive countries varied as well.

SEVIS, the web-based system that records the international non-immigrant student and exchange visitors in the US, stated that the pandemic had gravely affected the international student enrolment numbers in the US. SEVIS records reveal that the total number of active F-1 and M-1 students in the US amounted to 1,251,569 in 2020, which was a 17.86% decrease from 2019.