After a last-minute change in plans, citing “payload restrictions”, a New-york bound Etihad flight that was supposed to carry several students over to the US, cancelled its bookings. This led to several passengers being forced to pay over INR 2 lakh to book other flights to the US in order to attend their semesters. 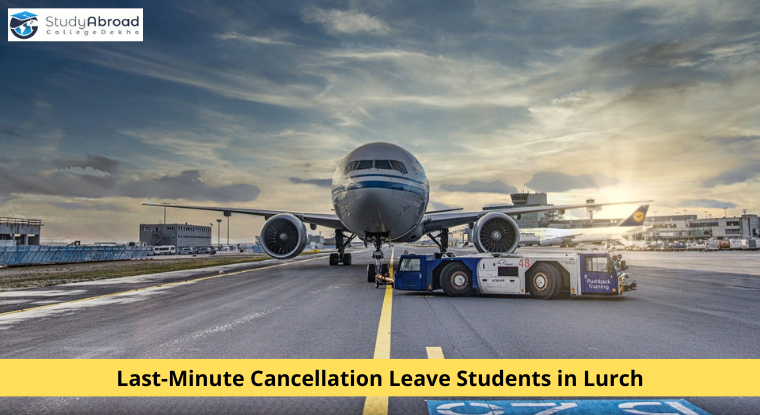 In a turn of events, several students and travellers were left in a lurch when Ethihad Airways cancelled their bookings at the last minute. These passengers largely comprised students who had planned to travel to the USA for their higher studies.

As per a TOI report, students reported that the airlines denied booking separate flights for these passengers, leaving them to book flights on their own. As semesters in US universities are scheduled to begin soon, students were forced to book flights costing more than INR 2 lakh on other airlines.

A statement from a student affected by Etihad’s decision read that a customer care official revealed that they will have to wait 20 days for a new flight to be rebooked. According to the TOI report, the cheapest one-way flight ticket to the US from Mumbai, in the coming week, cost around INR 1.4 lakh, with a flight duration of 27 hours.

Also Read: Four TSWREIS Students Ready to Fly to US for Bachelors

A student accounted, as reported by TOI, that they had received their email highlighting their ticket cancellation as they were on their way to the airport. The student stated that they had paid INR 94,000 for the one-way ticket to the US and ended up paying an additional INR 2.19 Lakh for an Air India flight to the US due to the cancellation. The students further added that Etihad Airways stated that they had refunded the amount and the same will be reflected in their respective bank accounts within 7-45 days.

In a statement released by an Etihad spokesperson, the operational payload restrictions “forced [the airline] to reduce the number of passengers on flight EY101 from Abu Dhabi to New York”, which was scheduled to depart on 4 August 2022.

As per definition, a payload restriction refers to a cap on the volume of passengers/cargo to meet the weight requirements that can compensate for increased fuel uptake and decreased engine performance. Commonly, a flight route that is longer than usual, thus requiring increased fuel uptake, or a flight taking off on a “particularly hot day”, thus resulting in decreased engine performance, would be considered under payload restriction.

Also Read: Bill to Eliminate Per Country Cap on Green Card Introduced in US Senate

However, the TOI reported that the same Etihad Airways flight operated the Abu-Dhabi to New York flight on the same usual route, in the same aircraft type, with a flight duration lasting roughly the same amount. However, recently, Etihad’s Abu Dhabi-NewYork flight had been departing later than usual. On August 2nd, the same flight departed 5 hours behind schedule while on 3rd August, the flight departed 2 hours later than the scheduled time. Meanwhile, the flight scheduled for 4th August departed an hour late.

Several parents of the affected students and passengers alike took to social media, critiquing the Airline's unsatisfactory support and planning that led to hundreds of passengers stranded in the airport, mere 10 minutes before the flight was scheduled to depart. The affected passengers cited a lack of proper communication and support in rebooking flights among their complaints.

However, the TOI reported that Etihad stated that teams had been reaching out to the affected passengers and taking steps to minimise the disruption. In its statement, Etihad indicated that it will be compensating those affected by the last-minute change of plans.

Source: The Times of India (TOI)

Wish to Study in USA?

How to Get Admission in Harvard University from India? - Check Process, Eligibility & Scholarship Details

Which Intake Season to Choose: Fall or Spring?