From limiting the F or J student visas to a four-year term to limiting the Optical Practical Training (OPT) programme, the Trump administration had introduced a number of radical changes affecting the lives of international students. Now the President-elect will introduce his own policies and it is being speculated that foreign students in the US can hope to have visa stability under thge Biden administration. 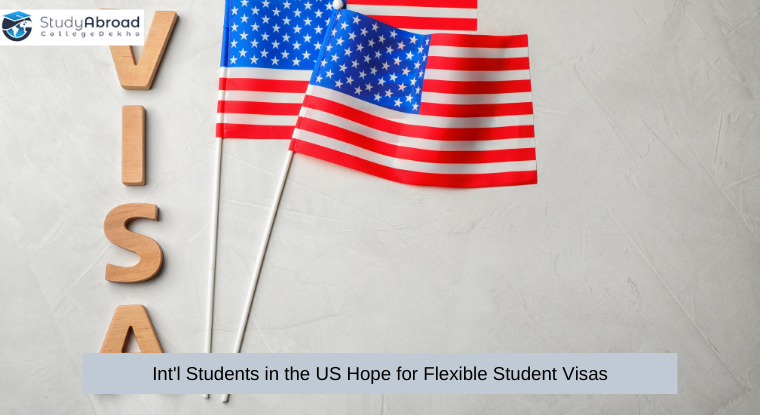 With the win of Joe Biden in the US 2020 presidential elections, international students hope for a secure and stable stay and education in the US. Students from across the world that come to the United States for higher education have faced multiple changes in relation to student visas.

A Russian student at the University of Minnesota said that these multiple changes to limit the rights of international students in the US have been quite “stressful”.

In September 2020, the United States Department of Homeland Security initiated a move to limit the duration of F or J student visas to four years, despite many programmes being longer than four years.

For students who were from countries with a visa overstay rate of more than 10% or were on the State Sponsors of Terrorism (US) list, the rule would restrict their student visas to a fixed two-year term.

In August 2020, the U.S. Immigration and Customs Enforcement introduced a rule, forcing foreign students enrolled in online programmes at US universities to be on campus or get deported. The same was revoked after a week due to adverse reactions from both students and universities.

Earlier in May, the Trump administration had also issued a directive for the ban of Chinese graduate students from entering the US, for they illegally obtain intellectual property from the country.

A Brazilian international student at US’ Cornell University said that it is rather “disheartening” that foreign students cannot take part in a decision that is going to affect their stay and education in the US.

Referring to Joe Biden’s victory, an Egyptian student at Stony Brook University, said that Biden would hopefully be more moderate although he might not make a positive radical decision in favour of international students here.

Apart from restrictions on student visas, the Trump administration also warned of limiting the Optical Practical Training (OPT) program, that lets international students stay in the US for up to three years after graduation.

Stay tuned to keep yourself informed on the latest student visa changes in the US.