Canadian visa applicants from Haryana and Punjab find themselves in trouble as the rate of student visa refusal rises. With a 60% refusal rate in the past few days, students and study abroad consultants alike eye other options. 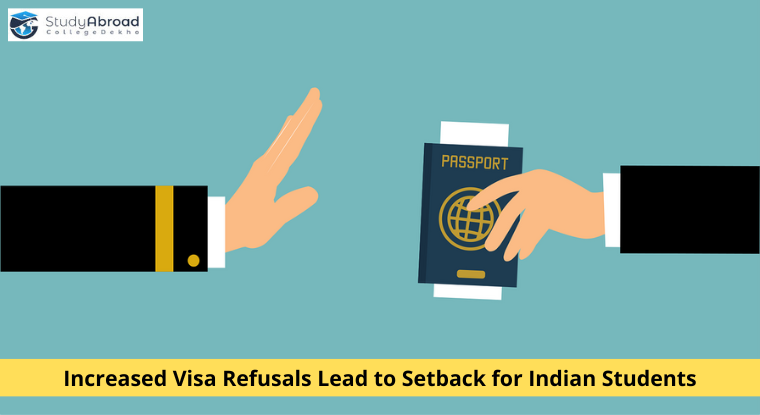 Over the past few days, the Canadian government has been increasingly rejecting study visa permits of students from Haryana and Punjab making their future uncertain.

The rate of refusal has been high since the Covid-19-based restrictions had been lifted in 2021 in Canada. However, over the past few days, a 60% rise in the number of study visa permit rejections has been witnessed. It has been reported that students displaying a good IELTS score, good academic record and financial stability were also being refused. Check out some common reasons for visa rejections and how to avoid them here - Reasons for Rejection of Canadian Student Visa.

In a report published by the Wire, the media agency spoke with education consultants in Punjab and Canada. These consultants attributed the high refusal rate to the “high pendency rate of application across categories, fraud documentation, licensing issues with private colleges and rising gang wars between Punjabi men in Canada.” The consultants further added that the refusal rate may even increase in the coming days.

A report titled ‘Differential Treatment in Recruitment and Acceptance Rates of Foreign Students in Quebec and Rest of Canada’, by the Standing Committee of Citizenship and Immigration had been published in the House of Commons.

Due to the rising refusal rate, study abroad consultants and students have been looking into Australia as a prospective destination. With entry requirements directing candidates to only pay one semester’s fee and a minimum overall band score requirement of 6, aspirants are still choosing Canada as their first preference. Nevertheless, with reports of fake documents being submitted for visa applications, government officials in both Australia and Canada have been taking a cautious step forward.

A Punjab-based study abroad consultant, when speaking to the media, reported that the IRCC attributed poor Statements of Purpose (SOPs) to be one of the major reasons why study permit applications were being rejected. Meanwhile, a Toronto-based consultant told the media that the trend had been witnessed, not only in study permit visas but also in visitor and spouse visas in Canada as well.

The consultant highlighted gang wars and recent police reports where 9 Punjabi-origin men were associated with posing threat to public safety, as a result of their involvement in gang wars and violence.

Get Expert Guidance to Study in Canada!