In Top Engineering colleges in India
Mumbai (Maharashtra) Approved by : AICTE
Updated By Sakshi on 23 May, 2022 17:01
Download Brochure
Shortlist

IIT (Indian Institute of Technology) Bombay is one of the oldest engineering institutes in India. IIT Bombay was established in 1958, and it is the premier institute in India to be established with foreign assistance. In 1961, IIT Bombay was declared as the Institute of National Importance by the Indian government. After attaining the premier status, IIT Bombay has shown excellence in academics, research and overall development of students. Among IITs, IIT Bombay has an impressive record and achievements in research, academics, and international outlook.

IIT Bombay has been successful in emerging as a leader in the field of engineering education and research. The premier institute has always been successful in attracting the best lot of students from diverse backgrounds for admissions. Apart from Indian students, international students from various countries prefer IIT Bombay as the major destination for engineering education. The performance of IIT Bombay in global rankings over the years is one of the major reasons for an increase in the number of international students. At the same time, the performance of IIT Bombay in NIRF rankings is also noteworthy.

The graduates of IIT Bombay are most preferred by the top companies across the globe. The international placement record of the premier institute is noteworthy. Recently, the government of India granted the Institute of Eminence (IoE) status to IIT Bombay. The IoE status will enable the institute to enjoy supreme autonomy in various aspects such as academics, international collaborations, international admissions, research collaborations, deciding fee structure, framing syllabus, etc. The autonomy status will also enable the premier institute to raise funds through various sources. 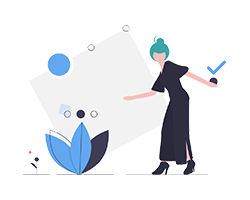 Is there Diploma in Computer Science course available at IIT Bombay?

You should try to score at least 90 percentile marks in CAT to be eligible for admission in IIMs. The cutoff of all the IIMs will be different. You can check the CAT cutoff of all IIMs from the article provided below.

You should note that satisfying the IIM cutoff does not guarantee your admission at IIMs. You will also have to meet the IIM call cutoff to get a call from any IIM. You can check the difference between IIM Eligibility Cut Off vs …

Can I get admission into M.Des at IDC, IIT Bombay or NID after qualifying Integrated Bsc/BA + PG diploma in Animation from WWI Mumbai?

You may certainly take up M.Des at IDC, IIT Bombay or NID after qualifying Integrated Bsc/BA + PG diploma in Animation from WWI Mumbai. The eligibility criteria for M.Des at both the institutes are as follows:

Still have questions about IIT Bombay ? Ask us.

What is the NIRF ranking for IITB , Mumbai ?

Is IITB , Mumbai a government college?

When was the college , IITB , Mumbai established ?

IITB , Mumbai was established in the year 1958.

By: Sakunth Kumar
Updated On: February 22, 2022
View All Related News