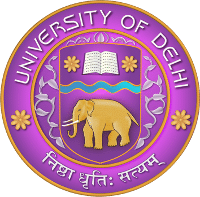 Delhi University offers UG, PG, M.Phil. and Ph.D. courses in various disciplines. The admission process for all the degree programs is conducted separately.

The admission to most of the UG courses offered at the University is based on merit. The University invites application in online mode from prospective candidates by the end of the month of May. After the application process is over, the university releases cut off score for separate colleges and courses. There are certain courses such as for which colleges affiliated with DU conduct entrance exams