The University of Delhi also known as Delhi University was established in 1922. For 94 years, Delhi University has maintained a benchmark in Undergraduate and Postgraduate Education. Over the years, DU has been delivering quality education and is known to have shaped some of the eminent Indians. The university offers various courses in the fields of Science, Commerce, and Arts. Most of the UG and PG courses are offered through the Common Universities Entrance Test (CUET). Candidates must appear for CUET 2022 and qualify in the examination. After consolidating the marks of all the appeared candidates' CUET Score, DU will release the merit list. Admission is provided based on the merit list provided by DU.

Over 65 colleges are affiliated to the Delhi University, and a number of them are amongst the country’s top colleges. As the DU UG admissions will begin soon, a lot of students want to know more about the top colleges of Delhi University. There are other science colleges in Delhi which are also popular and shall be explored while applying for top B.Sc courses in India. 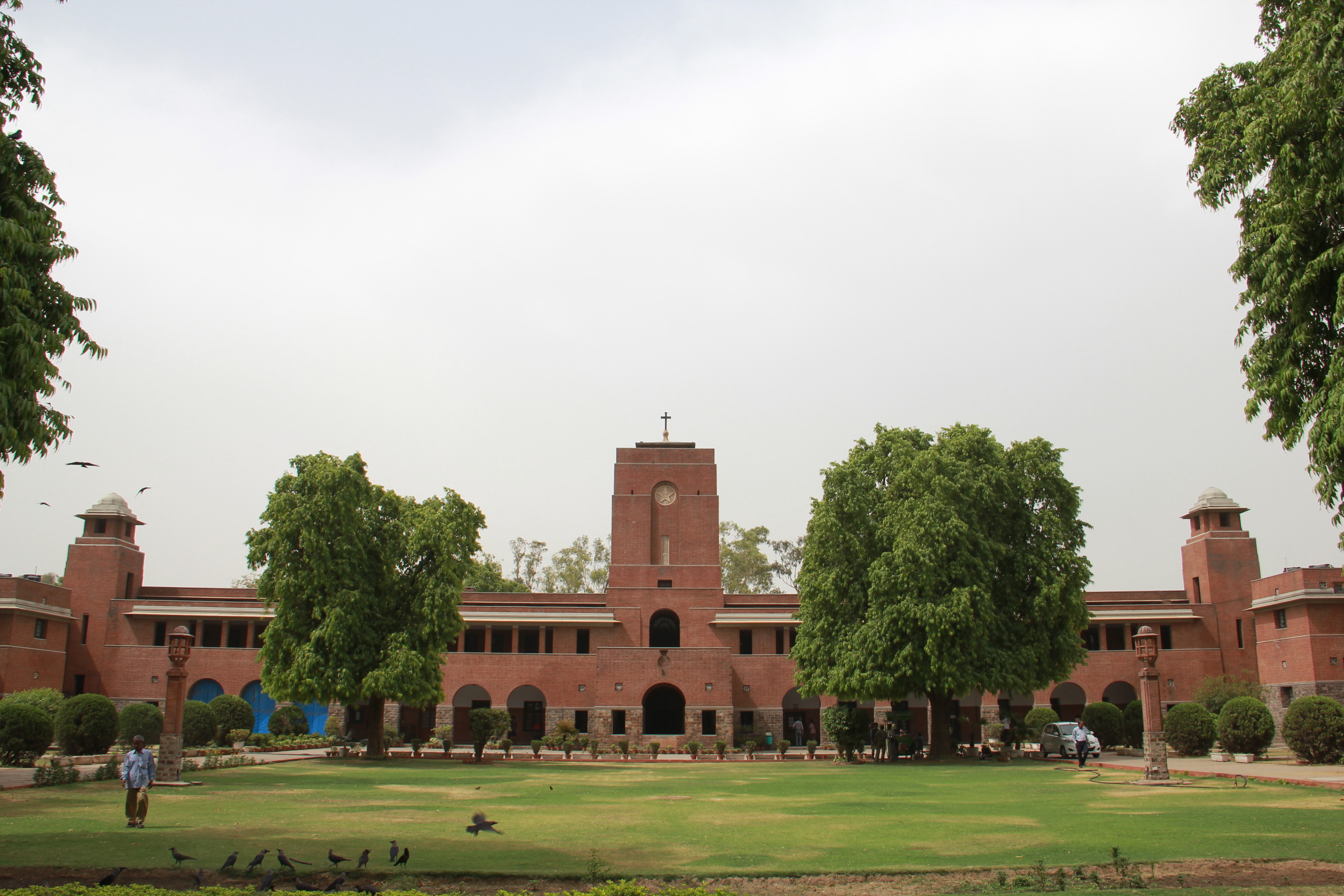 St. Stephen’s is the oldest college in Delhi and was founded on 1 February 1881. It is a religious foundation. St. Stephen’s was initially affiliated to Calcutta University and later to Punjab University. It was among the first three colleges to be affiliated to Delhi University subsequent to its establishment in 1922.

The list of UG science courses offered by St. Stephen's College is given below -

Miranda House was founded by Vice-Chancellor Sir Maurice Gwyer in 1948. The college now houses over 2500 students along with a highly qualified faculty.

An establishment in 1899, Hindu College is one of the most prestigious colleges of DU. Initially affiliated to the Punjab University, Hindu College’s list of alumni comprises the names of some very popular Indians. 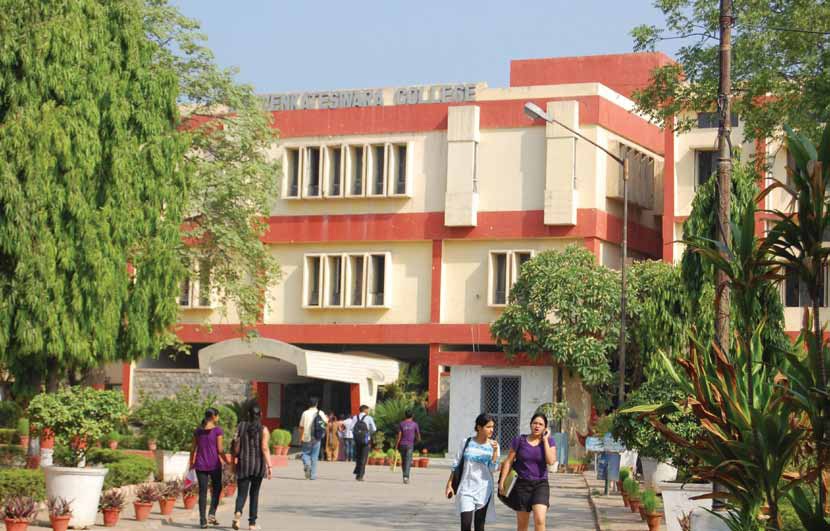 Sri Venkateswara College was the initiative of Tirumala Tirupati Devasthanams (T.T.D.) who contributed to the establishment of the college in 1961. 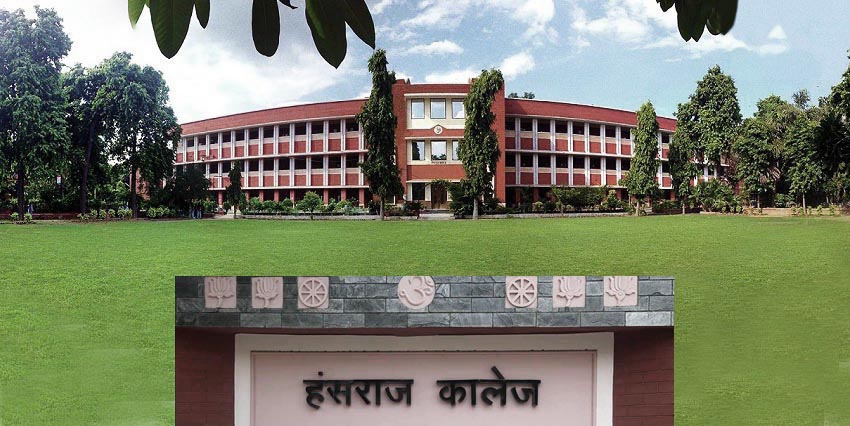 The Hansraj College was established in the memory of nationalist, Mahatma Hans Raj in 1948. The college is quite popular for its alumni in the entertainment industry such as Shah Rukh Khan and Anurag Kashyap. 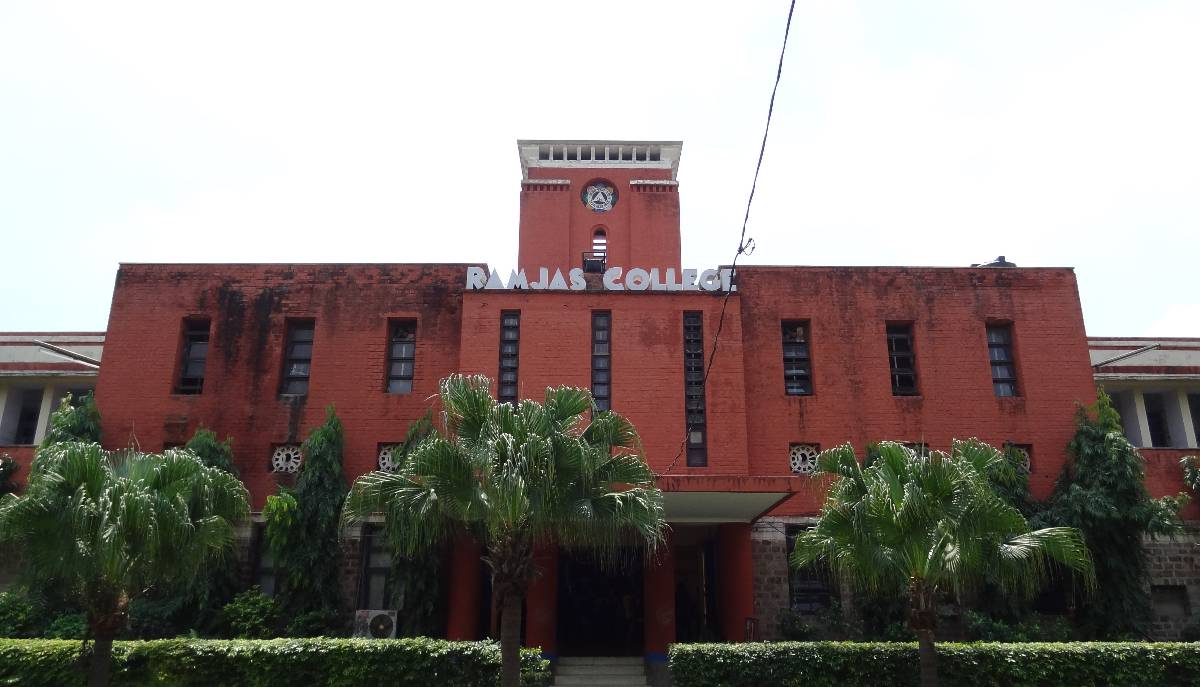 Founded by Rai Kedar Nath in the year 1917, Ramjas College provides varied courses to enable students to pursue the right career path. Among the three types of programmes are certificate programs, undergraduate programs, and postgraduate programs. 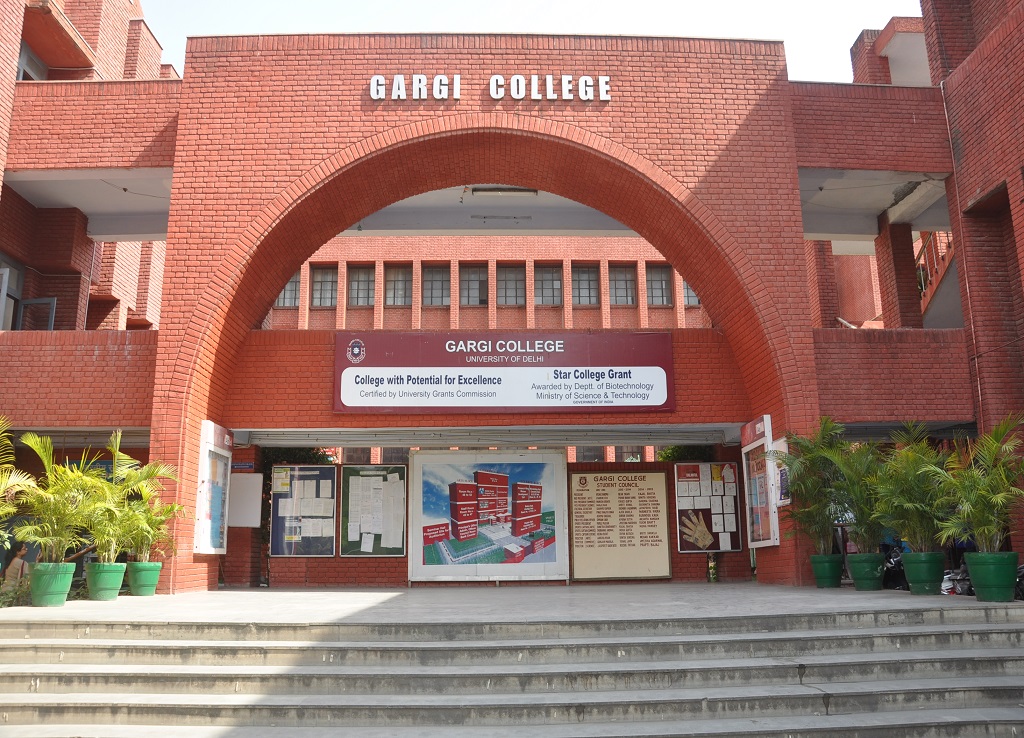 Gargi College is a girl’s institution, founded in the year 1967. The college rose to glory when it was awarded the title of College with a Potential for Excellence grant by the University Grants Commission in the session 2004-2005. 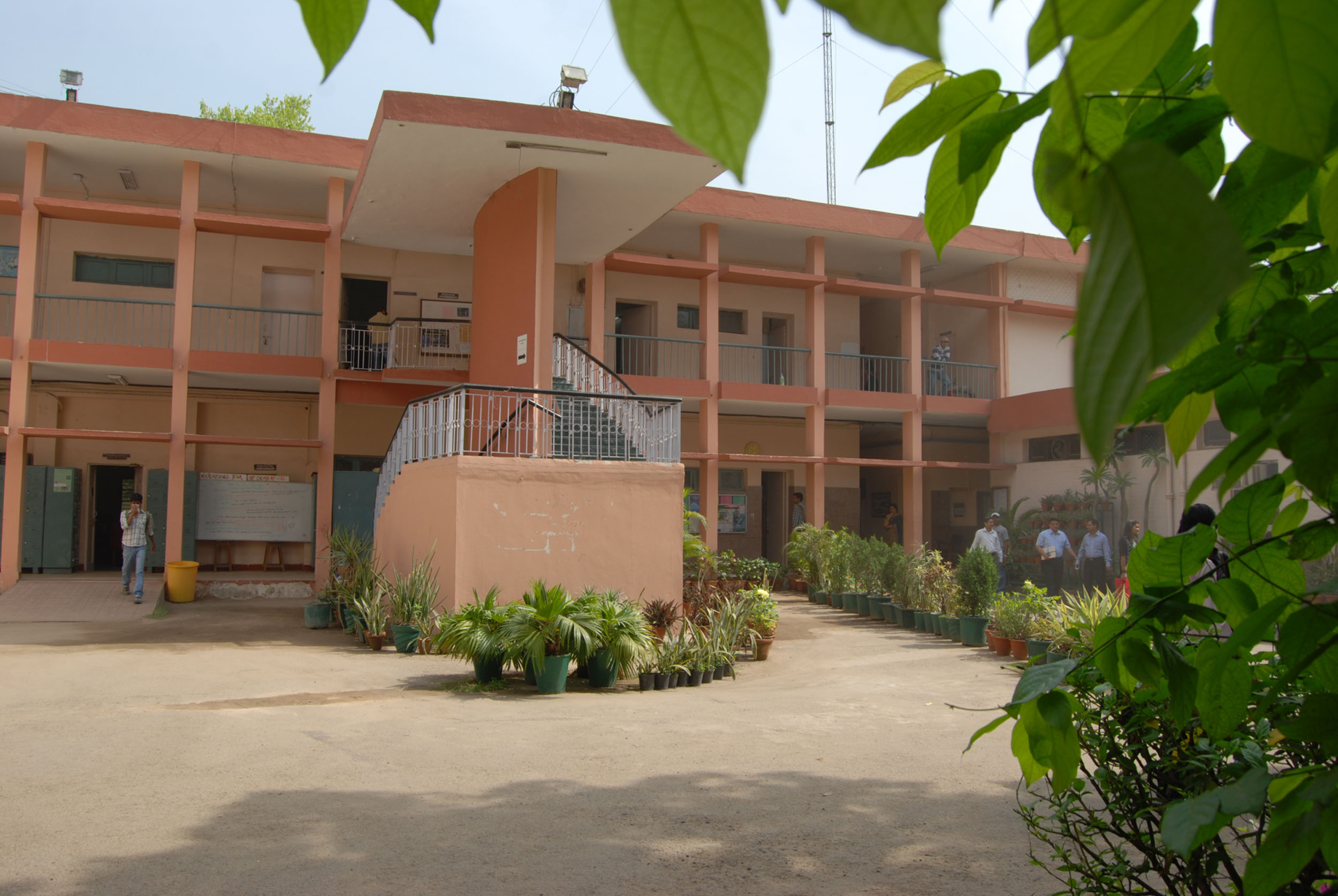 Acharya Narendra Dev College was the establishment in 1991 and has achieved great process in a short span of 25 years. It is now listed amongst the top science colleges of Delhi University.

The foundation of Deen Dayal Upadhyay College was laid in 1990. It funded by the Government of Delhi. It provides a range of science courses as well as some certificate courses in different languages. 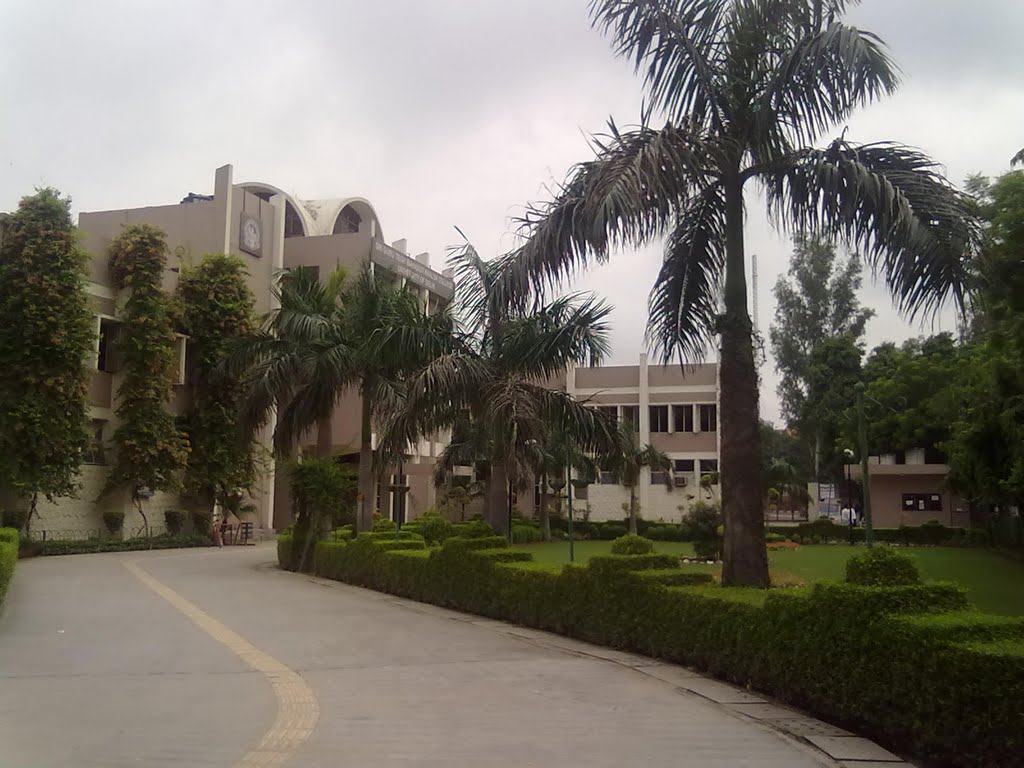 SGTB Khalsa College was founded by the Delhi Sikh Gurudwara Management Committee in 1951. It is a co-educational institution and has recently made it to the list of best science colleges of DU with its consistent performance.

You can check the list of top private B.Sc colleges here -

For the latest DU admissions 2022 updates, stay tuned to CollegeDekho.

62 Upvotes
11 Downvotes
Read Next
Read Next

Yes, the admission for B.Com and various other courses of Siva Sivani Degree College has started for the 2021 academic year.

If you have any additional questions or need admission assistance, please complete our Common Application Form (CAF) and one of our education professionals will contact you with all of the information you require. If you have any questions, you can call our toll-free number 1800-572-9877 for FREE counselling.

How to apply admission in your collage

If you want to take admission in Periyar E.V.R. College, you need to visit the campus personally and fill up the application form. Based on your academic marks you will be shortlisted for admission.

Apart from Periyar E.V.R. College there are many Top colleges in Tamil Nadu where you can get admission without leaving your home. Go through these colleges and if you feel like you want to learn more about them or want to apply, fill in our Common Application Form (CAF) and our education experts will contact you and guide you through the admission process …

Please tell me the last date for registration and admission process of Sanatan Dharma College, Ambala?

The registration for Sanatan Dharma College, Ambala is still ongoing. You can fill up the application form from the official website of the college.

For the information of admission please write back to us with the name of the course fin which you would like to apply for admissions this way we will able to provide you with detailed information. If you wish to know more about admissions, please fill out our common application form our education experts will help you through the entire admission process. If you have any questions, you can also call on our tollfree …

BSc Physics vs BSc Chemistry - Which is the Best Option after Class 12th?

IISER 2022 Counselling Date for SCB: Know when counselling is expected to begin