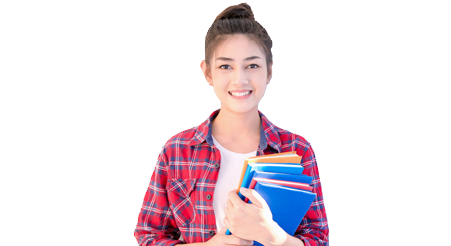 About Acting and Film-making

Acting courses train students about different techniques and styles of acting. Students during classes are introduced to different acting theories such as Method, Meisner, Stella Adler, Kristin Linklater, HB Studio and others. Acting classes are open workshops that let students use their imaginations, give performances, stage combat, improvise their dialects and learn stage makeup. In the final semester, students are given roles from famous classics, historical plays etc.

Film Making specializations give aspirants an opportunity to combine their technical film and training with the liberal arts programme. Along with this, students in Filmmaking learn about communication, knowledge, literature, theories, and graphic arts. Many colleges during coursework also offer exchange programs where aspirants to get to meet top filmmakers and enable them to understand international production and its technicalities. They also learn editing and sound specializations to master post-production techniques.

Courses in Acting and Film-Making

These are just a few of the courses on offer at the different acting and film-making colleges of India. Being such a diverse and dynamic field, most colleges tend to offer a uniquely-designed programme which moulds the students into capable film-makers and actors.

Here are some of the major course highlights of Acting and Film-making courses in India.

Note: It is necessary to submit all original documents, certificates, and mark-sheets at the time of admission.

India is one of the largest film producing country in the world. More than 1100 films are made every year. Bollywood tends to make more than 4 billions $ every year, making it one of the most lucrative business. Not only this stage plays, theater, and street plays are doing equally well in the country. Once you are a famous and successful actor you can charge as many fees as you want to. But this required a lot of effort, dedication, and passion towards your work. However, acting is not only limited to films but television actors are paid equally well. The salary of a TV actor who is working for a well-known production can go up to lakhs per episode whereas famous movie actors can get paid as high as crores for each film

However, the income of the actors is not fixed. It varies as per projects, endorsements, advertisements, production houses etc. Actors can also start new ventures by starting their own acting schools.

A career in Filmmaking is both direct and indirect. Direct careers in filmmaking include jobs such as producer, editor, director, animator, actor, animator, cinematographer, and others, Whereas other filmmaking careers are film critic, film archivist,

The potential employers after pursuing filmmaking degree include film studios, advertising agencies, production houses and others. There is no fixed salary for a filmmaker, a filmmaker can earn as high in crore depending on the success of the film.

Want to know more about

How can I apply for BA English admission at Government Degree College Dhalai?

Dear student, Government Degree College Dhalai does not offer the BA English programme as a part of its undergraduate curriculum ...

Dear student, DAV Degree College Lucknow is not a private college. It is a government-aided college that also happens to ...

Has the BA admission process at BJB Autonomous College Bhubaneswar started for the academic year 2021-22?

Dear student, BJB Autonomous College Bhubaneswar has not yet started the BA admission process for the academic year 2021-22. With ...

Still have questions about Acting and Film-making

FAQs about Acting and Film-making

What are the top colleges offering Acting and Film-making courses ?

What is the average fee for the course Acting and Film-making ?

The average fee for Acting and Film-making is INR 40,000 per year.

What is the duration of the course Acting and Film-making ?

Acting and Film-making is a 1 year course.

Get details of best colleges for Acting and Film-making.

Let's understand your profile and preferences to guide through.

Thank you for sharing your details. You will soon receive an email with detailed Eligibility Report. For any further queries & concerns you could also call us at +91 8010036633