Career as a Chief Officer Merchant Navy: The main function of the Merchant Navy is to trade goods from one place to another. It is the backbone of any country’s economy. More than 90% of the goods in the world are transported via ships. Merchant Navy as a career has gained a lot of popularity in the past few decades and candidates who wish to make a career in Merchant Navy have to go through extensive pre-sea training for one year, followed by onboard training and examination. Once the candidates are done with their training, they usually get appointed as either The Second Mate, The Chief Mate or The Captain. 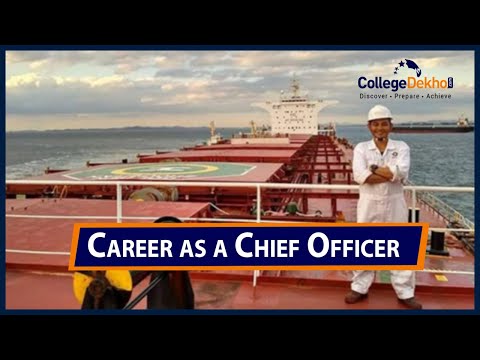 To become a Merchant Navy Chief Officer, it is important that candidates meet the following criteria.

Some of the top recruiting companies that hire Merchant Navy officers can find relevant job opportunities are listed below:

Planning to choose Chief Officer (Merchant Navy) as your career?

Note: The above figures are an estimate and may vary from individual to individual and company to company.

There are certain mandatory requirements that one needs to fulfill before joining merchant navy. Also there are multiple career paths through which can join merchant navy as per their choices and career interests.