Career as a Scientist

If Science is the subject that has fascinated you since childhood then you can definitely think of becoming a scientist. It is a job profile that includes a vast arena of Science as a subject in detail. If you have an interest in biology then you can choose to become a botanist or a cytologist or an ethologist or any other distinctive biological scientist. Similarly, you can opt for different options of becoming a scientist in the field of Physics or Chemistry as per your interest. 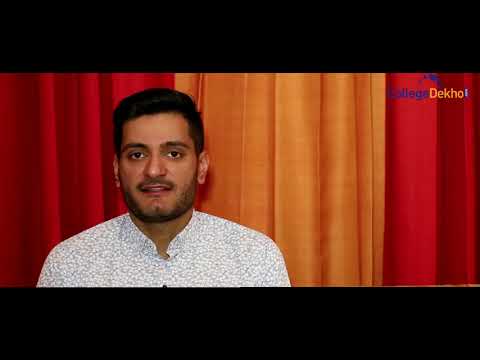 If you wish to become a Scientist then you must have the answer to the question of how to become a scientist. The first step towards becoming a Scientist is to have a science background at the 10+2 level. Remember your degree must be from a recognised board or institution. Aspirants must also possess a bachelor’s, master's and Ph.D. degree for this job profile along with internships in the relevant field. Let’s look at the eligibility criteria required for becoming a Scientist.

As discussed above, there are a number of distinctive fields that can help you become a Scientist. The different types of Scientists are based on the classification and specification studied and expertized in. Read in detail about these scientist job profiles and know about the type of work they perform and then choose the one that suits your interest.

Astronomer: An Astronomer is the one who studies about stars, galaxies and planets. Studying about the universe and the movement of the objects within it is the focus area of the Astronomers. These are specialists who read about the planetary movements and tracks celestial and non-celestial objects of the outer space.

Agronomist: Agronomy is the field of Science that deals with the study of agriculture and its technological growth. The person involved in carrying out the process of research and development giving rise to agricultural advancement is an Agronomist. Commonly referred as Plant Scientists, they are ones who read about the type and genetic existence of a plant, agricultural land and soil in order to produce the best out it.

Cytologist or Cytotechnologist: These scientists are the ones who work to describe the cell and the cellular movements and variations. Cytotechnology is a sub-stream of Biology focusing mainly on the cells. Study of DNA (deoxyribonucleic acid), cell structure, cell multiplication, cell functioning and life history and pathology of cells, are addressed by a Cytologist.

Ethologist: An Ethologist specializes in the study of animal behavior. Their main focus is to understand the behavior of animals under natural conditions and under man-made conditions. They also check the adaptive traits of the animals in an unnatural or evolutionary condition.

Botanist: An expert of the Plant Science or Botany is termed as a Botanist. They study about the flowering and non-flowering plants present in the environment. The structure, growth, evolution and uses of the plants are studied in detail by the Botanists. There are certain classified areas of Botany that structures and divides the task of a Botanist. These include – Plant Ecology, Plant Taxonomy and Chemical Biology. A Botanist can choose any one area of expertise among these and work as per the requirement of the subject-matter.

Epidemiologist: Spread of diseases in the human body is studied by the Epidemiologist. Epidemiology is that branch of Science that aims to extract the source origin of a disease and works on it to find a solution or remedies to cure the spreading or underdeveloped disease. They also study the behavior and habits of the individual before and after inducing a suitable drug for the spreading disease.

Microbiologists: Study of Fungi, Algae and Bacteria is done by a Microbiologist. Dealing with the evolution, structure and growth of the microscopic animals and plants is the role of the Microbiologists. Their role also comprises of the study of disease-causing organisms and organisms responsible for environmental damages. Study of the organisms that are of agricultural and industrial interest also falls under the study circle of a Microbiologist.

Geologist: They are the ones who study the three states of matters ie. Solid, Liquid and Gaseous substance, constituting the Earth and other terrestrial planets. A Geologist studies in detail about the Earth Processes, Earth History and Earth Materials. From tectonic movements leading to earthquake, volcanic eruption, floods and landslides to ecological sustainability of plants and soil materials are catered by these experts.

Meteorologist: These scientists are the ones who study about climate and weather. Checking on the climatic condition and the changes that have been or might take place are recorded by the Meteorologists. They may indulge in forecasting weather or may stick to the research area of the weather. These scientists predict the climatic disaster that may take place and help people to evacuate from the surrounding area.

Paleontologist: These scientists are the investigators of the fossils. They study the history of life on Earth based on the collected fossils. These remains are studied for the purpose of calculation of the existence of the fossils found. Paleontologists also dig out the reason of the extinction of the remains and preserve them to understand the primitive environment in a more clearer way. These scientists work in close contact with the archaeologists to discover more related findings.

Seismologist: Seismologist studies the details about an earthquake. The reason behind an earthquake and related after-effects above and beneath the Earth are studied by these scientists. Their researches reveal the expected disaster that can be caused due to the tectonic movements and also find out the areas that are more prone to such activities.

With a keen interest in Science and Research, candidates can opt for a career like Scientist. For the ones who aspire to become a Scientist must know the different employment opportunities available for them as a Scientist. To help candidates we have prepared a list of industries were the employment opportunities for scientists are easily available. The list includes the following:

In order to become a Scientist, it is important that the candidates acquire relevant degrees and certificates along with approved journals. Considering these qualifying documents, companies will hire these budding, talented and enthusiastic scientists with a good pay-scale and desirable post. There are a number of top recruiting companies for scientist that the aspirants can opt for. Let’s take a look at these companies or top organisations hiring scientists.

Planning to choose Scientist as your career?

Different types of Scientist get paid on a different pay-scale. The salary also depends on the kind of industry they are associated with. You can have a look of the approximated salary scale of the different types of scientists given below.

Note: The figures mentioned above are an approximate estimate and may vary from one organisation to the other organisation.

Becoming a scientist can be difficult if your educational qualification and preparation lack behind. All you need to do is to acquire professional degrees from a reputed institution. To do so you will need to appear for related entrance exams. Hence, there are no specific books that can prepare you for this career. Being agile and ready to grab every learning opportunity that comes your way combined with hard work is the trick to become a successful Scientist. It is also important for you to experience the on-the-job learning exposure to become more familiar with the experiments and research activities. The more you learn & implement your gained experience, the chances of you becoming an expert in this field will also increase, which will subsequently reflect in your pay package.

To help you through with the learning experience of becoming a successful Scientist, we are providing you with the list of few of the top searched and read books of renowned authors that will not only help you in understanding your subject-matter but will also help you in developing your skills and knowledge.

Pros of becoming a Scientist

Cons of becoming a Scientist

Paths for Being Scientist

Which Indian President was also a scientist?

The 11th President of India Dr APJ Abdul Kalam was an Indian Aerospace Scientist as well.

Is Galileo Galilei the “Father of Science”?

Yes, Galileo Galilei is considered as the “Father of Science”.

Who is the first Indian scientist to win a Nobel prize?

Can I become a scientist without a valid degree?

You can become a scientist without a valid degree but your work and theories might not be well-received by the academic community.

How much does a scientist earn?

A scientist can earn between INR 1 LPA and INR 15 LPA depending on the job profile that he/she has been offered.

In which organisations can a scientist find job opportunities?

Do astronomers fall under the broad category of scientists?

Yes, astronomers fall under the broad category of scientists.

Who is eligible to become a scientist?

Candidates who have a PhD degree in any science subject is qualified to become a scientist.

Who is a Scientist?

A scientist is an individual who who describes and predicts the world surrounding us by gaining knowledge through scientific activities.

Submit your details to know more about Scientist