Rahul PandeyPublished On: March 11, 2016
‘Utkarsh’ the Annual Fest of Babu Banarasi Das University and Colleges of BBD Group, Lucknow was inaugurated with the customary lighting o

‘Utkarsh’ the Annual Fest of Babu Banarasi Das University and Colleges of BBD Group, Lucknow was inaugurated with the customary lighting of the lamp by the Chief Guest of the Opening Ceremony Prof. Vinay Kumar Pathak, Hon’ble Vice Chancellor of Dr. A.P.J. Abdul Kalam Technical University, Lucknow. The theme of “UTKARSH-2016” is “SMILE-CART” with the tagline - ”There is always a reason to smile”, which is the central theme of the Fest this year. 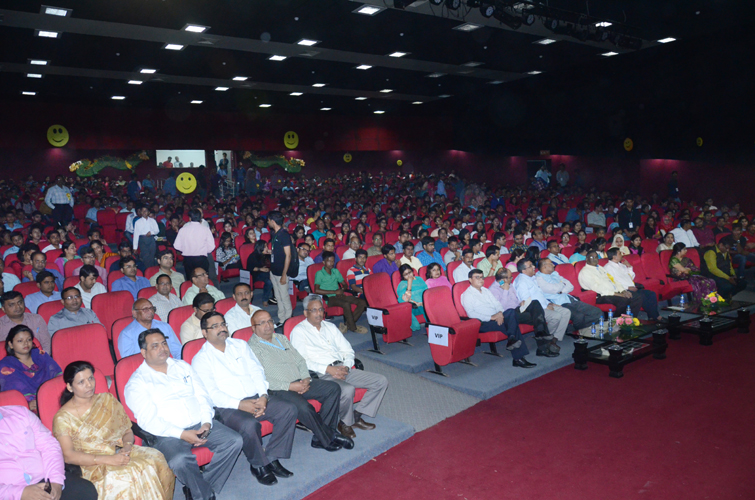 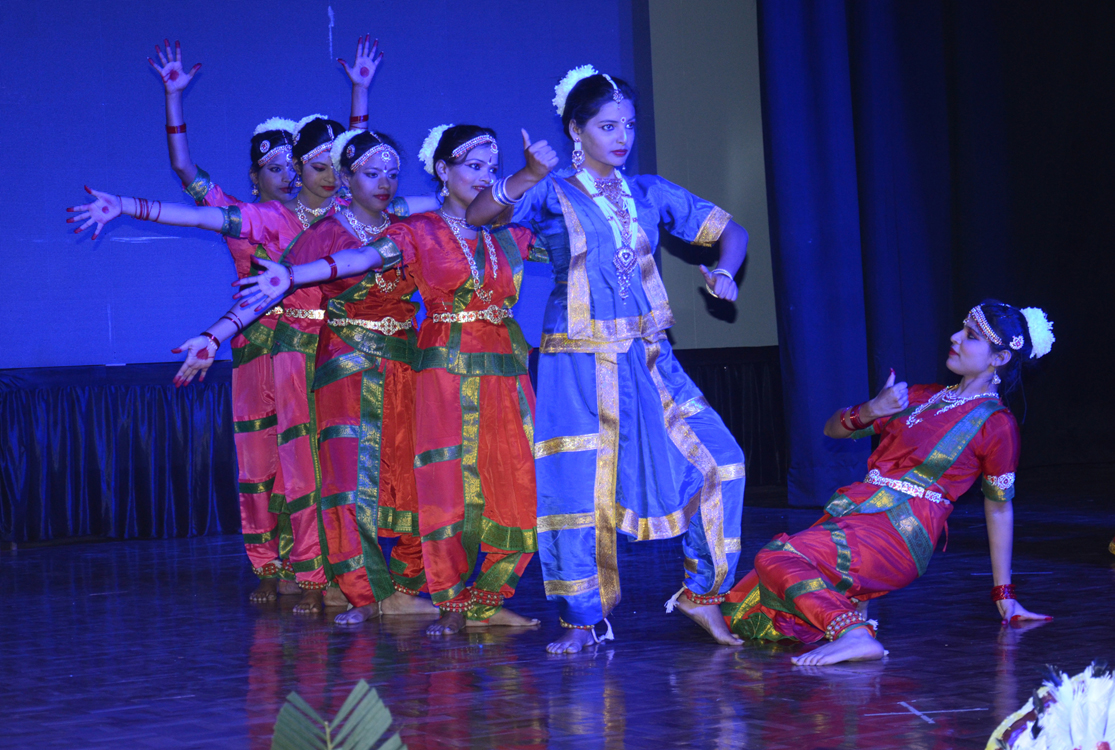 Dr. A.K. Mittal delivered his welcome speech expressing his gratitude towards the Chief Guest and other Dignitaries for their kind presence. Apprising about the academic developments and achievements of BBD University and Colleges of BBD Group, he also made a mention of the academic and cultural activities of the students.

The Chief Guest Prof. Vinay Kumar Pathak addressed the audience. First of all, he wished the students of BBD Group for their intense interest and contribution in making the Inaugural Function of “UTKARSH-2016” a success and advised them to explore their talents in making their career brilliant by utilizing various facilities available in the multi-dimensional infrastructure in the BBD Campus. Thereafter, a few prizes were distributed for ‘Utkarsh-2016 logo design’, ‘Utkarsh Song’ and ‘Utkarsh T-shirt’s design’ in the presence of the chief guest. 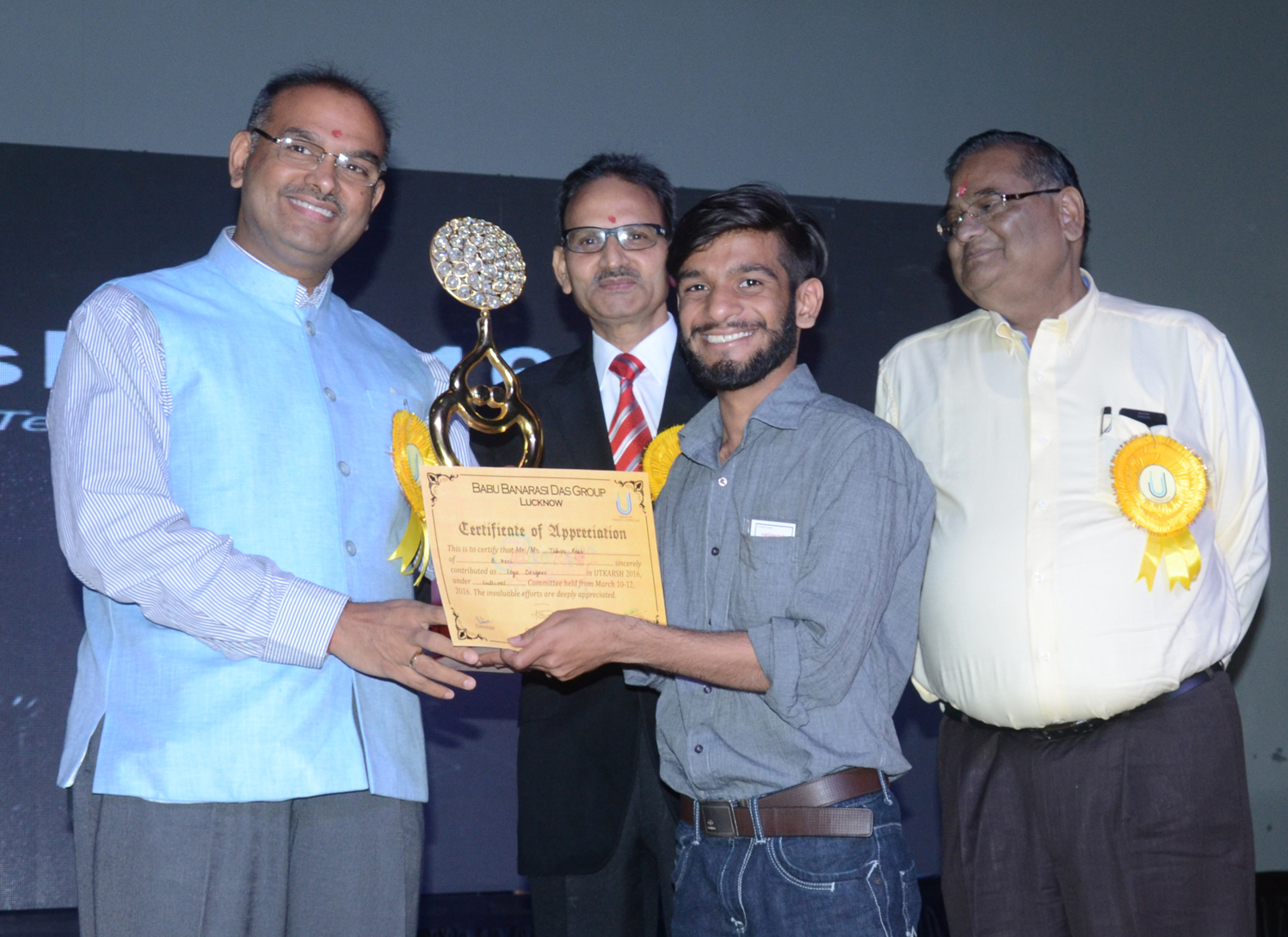 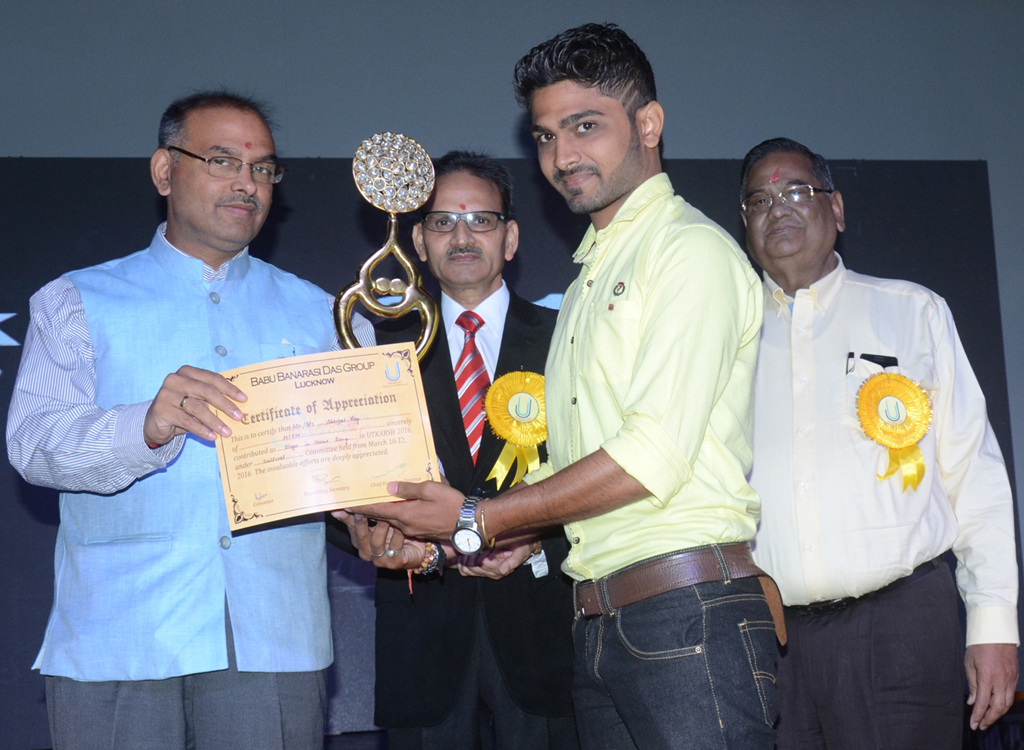 Before the address of the Chief Guest a few cultural programmes like “Dream Dramebaaz”, “Charlie Chaplin”, “Story of Laado” and Rockstars, based on the theme of the Fest were presented by the enthusiastic teams of the students of the BBD Group which gathered applause of the audience. At the end vote of thanks was proposed by Prof. (Dr.) S.M.K. Rizvi, Chief Convener and Organizing Secretary of “UTKARSH-2016”. He summed up the grand event by tendering his gratitude to the Chief Guest and other dignitaries. 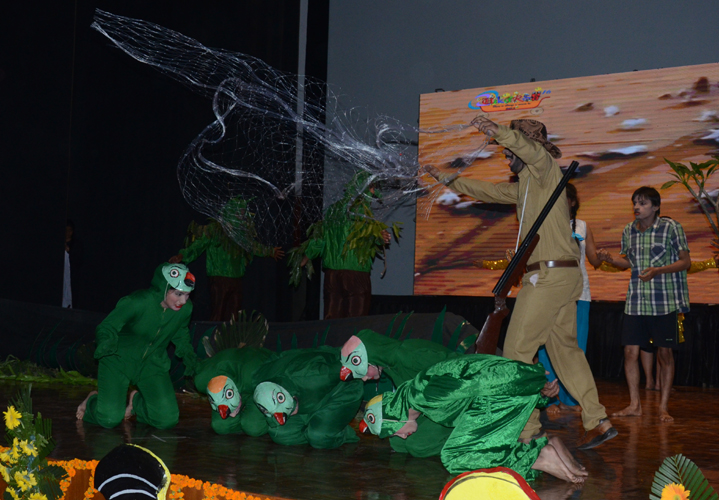 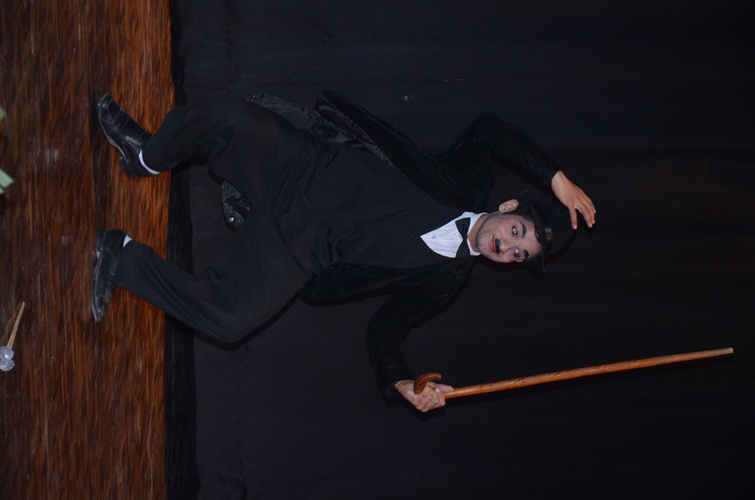 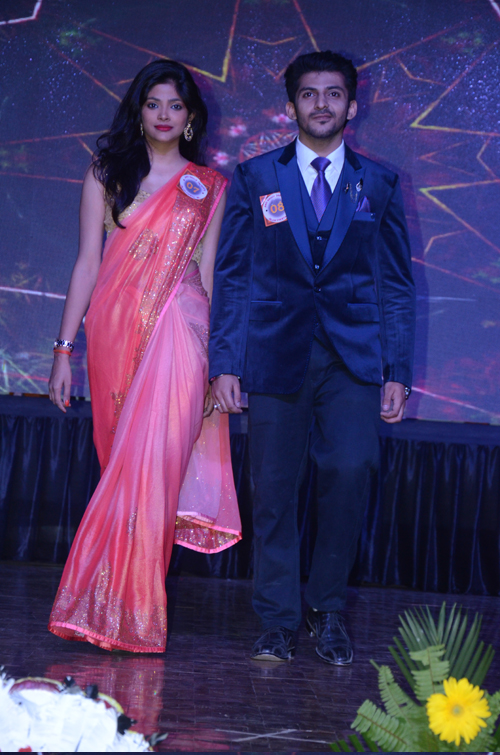 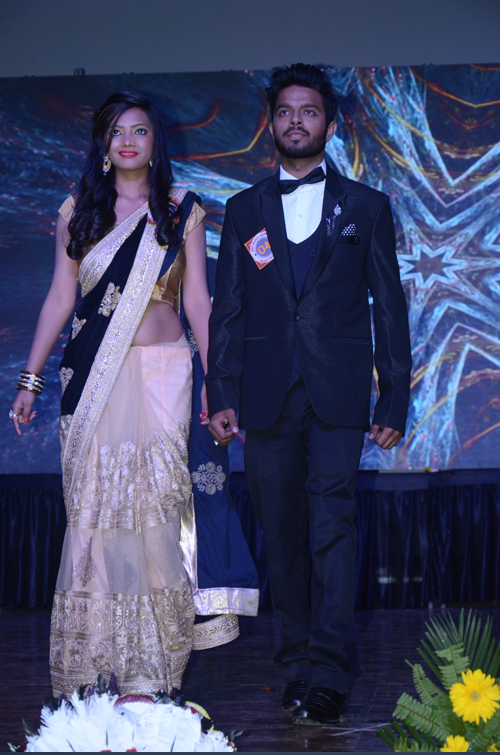 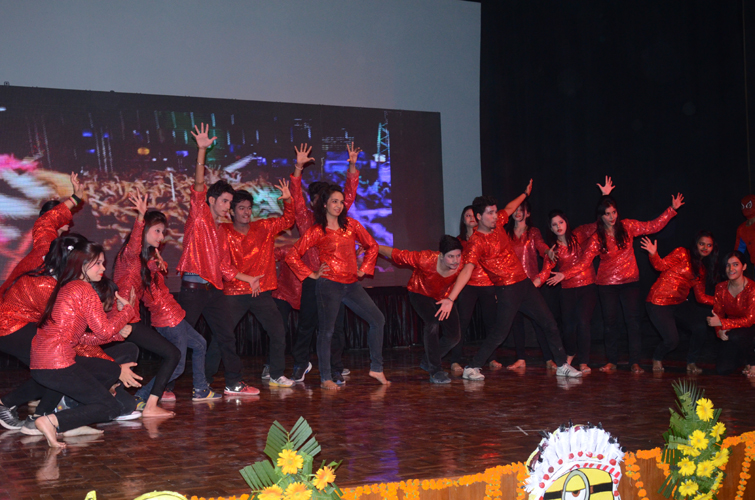 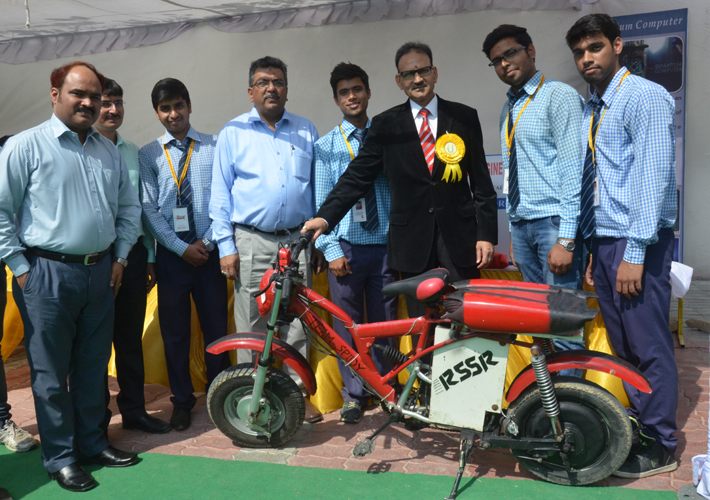 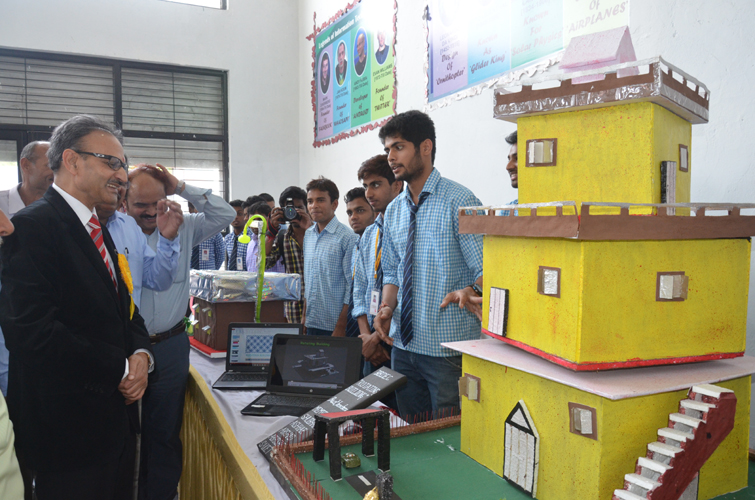 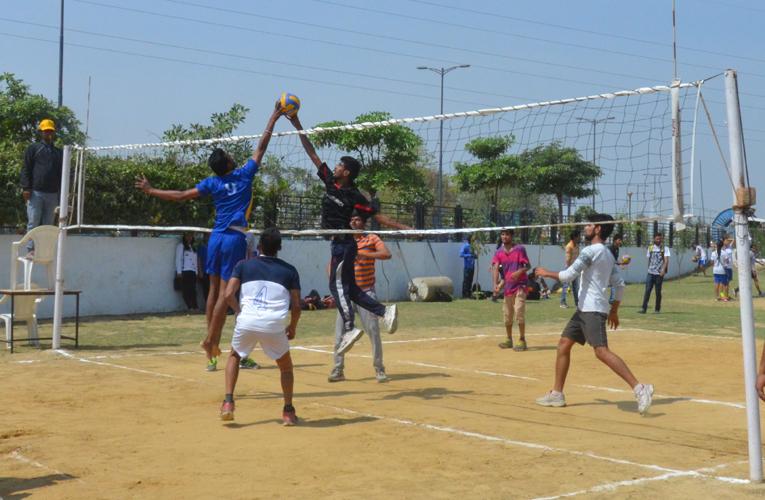 The whole campus witnessed a lively atmosphere and competitive spirit among the participants and other students in the campus. The Judges of the competitive events of UTKARSH-2016 were external who were invited from other colleges outside the BBD Campus. The Judges were also honoured by mementos as a token of memory by the Conveners of the Organizing Committee of the Fest.