JEE Main 2022 aspirants who were upset with technical glitches, wrong calculation in the response sheet and uneven marks vs rank have called for a massive protest at Jantar Mantar on August 10 from 7 AM to 11 AM. Many students have tagged CollegeDekho and popular media on Twitter seeking support for the protest. Few students noted that even though their marks were increased at the 2nd attempt, the is a drop in percentile. After the JEE Main result 2022 was out on August 8, the demand for the third attempt increased.

Citing all the above reasons along with some other issues, a section of JEE Main 2022 aspirants called for a protest at Jantar Mantar on August 10. 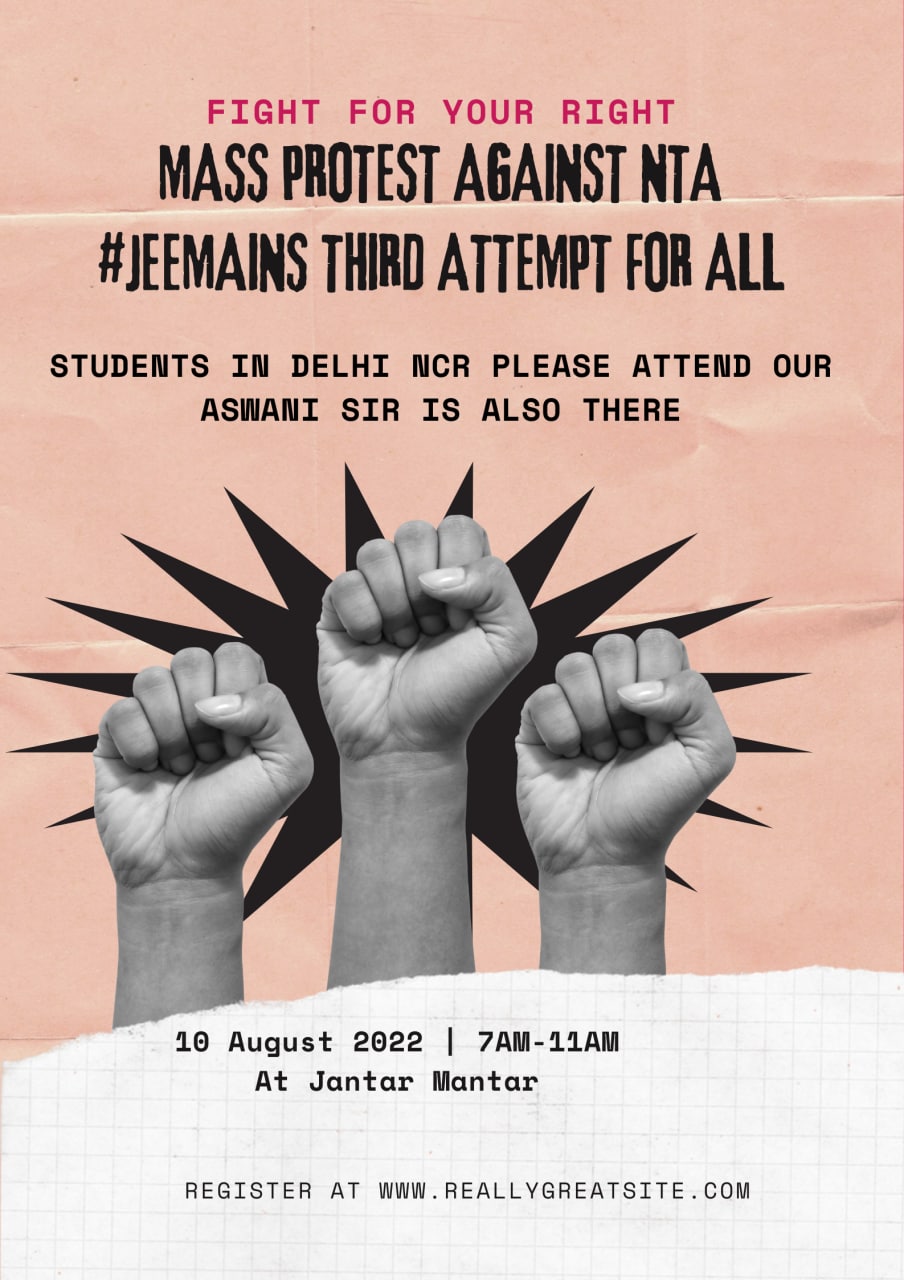 By: Rini Maria
Updated On: September 29, 2022
View All Updates
Want to learn more about college options and to secure an admission now!