Sakunth KumarPublished On: April 20, 2016 | AP EAMCET | Annamacharya Institute of Technology and Sciences, Hyderabad
Sakshi media in collaboration with Annamacharya University and Centurion University organized Mock EAMCET at Vijayawada on 18-April-2016 for the stude

Sakshi media in collaboration with Annamacharya University and Centurion University organized Mock EAMCET at Vijayawada on 18-April-2016 for the students who are going to appear for EAMCET on 29-April-2016.

The Mock EAMCET evoked a good response as a total number of 750 students in and around Vijayawada attended the test. The test was conducted in five examination centers. The test was conducted at Andhra Loyola College, Sarada College, Sri Gayatri College and Kartikeya Medical Academy, Vijayawada. A total number of 4820 students appeared for Medicine stream and 220 students appeared for engineering stream. The question paper was prepared by the experts of Annamacharya and Centurion University. The test commenced at 9.30 AM and continued till 12.30 AM. The main motive of conducting Mock EAMCET is to develop self-confidence among the students regarding EAMCET. Parents accompanied their children to the examination center.

Navya, a student who appeared for Mock EAMCET said, “By attending this Mock EAMCET I got an idea about how to manage time. Each bit takes 2 minutes to answer. The examination is for 180 minutes and there are 150 bits in the test. Time management is very much for this test. This Mock EAMCET helped me to manage time”. 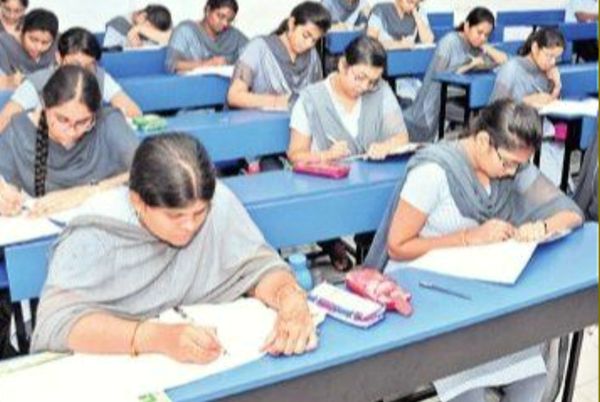 By: Sakunth Kumar
Updated On: December 03, 2020
View All Engineering News