Kshama SharmaPublished On: March 27, 2016
The Institute of Banking Personnel Selection has recently introduced an Online Complaint Forum for the students who appeared for the Common Written Ex

The Institute of Banking Personnel Selection has recently introduced an Online Complaint Forum for the students who appeared for the Common Written Examination 2016. 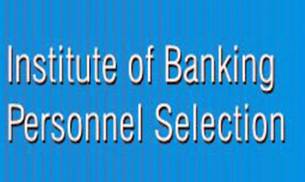 IBPS is an autonomous agency of India. It is an envisioned as self-governed academic and research institute with the mission of enhancing human resource development through personal assessment.

In 2011, IBPS announced a Common Written Examination CWE for the recruitment of officers and clerks in Indian banks. IBPS CWE is now mandatory for getting recruited in 29 public sectors and regional rural banks.
IBPS exams are conducted through online mode. Afterwards candidates have to appear for the Personal interview round.

The Governing Board of IBPS consists of- Nominees from Reserve Bank of India,Ministry of Finance Government of India, National Institute of Bank Management, Representatives of Public sector Banks, Insurance sector academics.
To make the connection with students easy, IBPS launched the online complaint facility.By this they will deal with their problems and whatever doubts the students have.

Candidates can register their queries and complaints by logging on to the official website of IBPS.

This forum has been designed for the students who appearedvfor various banking exams.
On the official website of IBPS the candidates will get a unique complaint number by which they can know the status of their complaint. The complaint can be registered only through a Valid email Id on which they will get a reply to their queries.

By: Simran Saini
Updated On: November 12, 2020
View All Commerce and Banking News

Symbiosis College of Arts and Commerce Pune, Maharashtra
View All