Leading management institute of the country for Creating Leadership in Strategic Marketing and Communication Mudra Institute of Communications Ahmedabad ( MICA) has opened the admission process for its 2016-18 batch of the flagship Post Graduate Diploma in Management-Communications (PGDM-C).

Established in 1991, MICA is probably the first residential institute in the Asia-Pacific region, dedicated to creating Leadership in Strategic Marketing and Communication. The Institute’s ex- students has been serving in heading the best-known companies in India and the world, in marketing, brand management, research & analytics, advertising, media, digital and other strategic marketing and communication-driven businesses.

"MICA is the only leading School, which offers a specialization in Digital Marketing & Communications' which has witnessed substantial interest from applicants Dr. Atish Chattopadhyay, Dean MICA"

MICA will conduct computer based MICAT 2016 on December 13, 2015, in 14 cities and proposes to conduct GE-PI in Ahmedabad, Bengaluru, Delhi, Kolkata and Mumbai by mid-January 2016.

MICA has introduced computer based MICAT 2016. The exam will be held on December 13, 2015, in 14 cities across the country and MICA proposes to conduct GE-PI in Ahmedabad, Bangaluru, Delhi, Kolkata and Mumbai by mid-January 2016. The registration will open on Sep 10, 2015.

While elaborating the programme USPs, Dr. Atish Chattopadhyay, Dean MICA said, “MICA is very different from any other conventional B-School. MICA believes that creative thinking, consumer centricity and communication are the building blocks for grooming leadership. This differentiated approach to leadership training attracts a diverse pool of applicants across disciplines, gender and region. Over the years, MICA has benefited from this trend and MICA is the only leading school, which has around 50 percent non-engineers and more than 50 percent women in its class. Recently, we have seen increased interest from Eastern and Southern India. Giving the applicants the option of appearing for interviews at Kolkata and Bangalore is an effort to reach out to this group. Also, MICA is the only leading School, which offers a specialization in 'Digital Marketing & Communications' which has witnessed substantial interest from applicants from Bangalore, Kolkata, Hyderabad and Chennai”.

There are four major changes in Admission process of MICA

The selection process for PGDM-C 2016-18 to happen twice.

MICAT will be held only in the computer-based format in 14 cities across the country.

The first phase Group Exercise & Personal Interview (GE-PI) will be conducted at Ahmedabad, Bengaluru, Delhi, Kolkata & Mumbai and the second phase GE-PI at MICA, Ahmedabad only.

The selection process will be twice in one academic year.

“By having the selection process twice - in December-January and Feb-March - we intend to provide more opportunities to MICA aspirants. Also, by conducting the GE-PI process in five cities, we aim to increase MICA's reach for aspirants from different parts of the country, while also reducing costs and stress levels for aspirants. We believe this will facilitate us getting a high-quality intake,” said Dr. Shubhra Gaur, Chairperson-PGDM Admissions.

“The new admission process is line with MICA's vision of achieving global standards both in quality and in reach” added Dr. Atish Chattopadhyay

The selection process for PGDM-C 2016-18 at MICA has three steps:

Step 2: Every applicant will be required to appear in MICA Admission Test (MICAT). The test is conducted to assess leadership potential of the applicant reflecting an aptitude for creative thinking, communication and consumer centricity.

Step 3: Based on the performance in the MICA Admission Test (MICAT), applicants are shortlisted for Group Exercise (GE) and Personal Interview (PI) to assess a candidate’s overall.

The test will be conducted in 14 test cities simultaneously on December 13, 2015, as a computer based exam. These cities are Ahmedabad, Bengaluru, Bhopal, Chandigarh, Chennai, Delhi, Guwahati, Jaipur, Hyderabad, Kochi, Kolkata, Lucknow and Mumbai and Raipur.

The PGDM-C is the flagship programme of MICA, Ahmedabad.

The two-year, full-time, residential programme is approved by AICTE and is equivalent to an MBA as recognized by the Association of Indian Universities (AIU). It is a differentiated MBA programme that creates leadership through Creative Thinking, Communication and Consumer-Centricity. 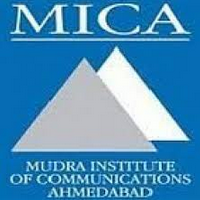 No other Scores accepted

Candidates having valid scores in CAT 2015/XAT 2016/GMAT (2012 onwards) only can register and apply to MICA. Earlier MICA used to accept other scores also like MAT/CMAT/ ATMA, however from admission session 2016 onwards scores of one of the three exams mentioned above will be accepted by MICA. All those who apply shall have to take MICAT 2016 on December 13, 2015.

For the first phase of the selection process, MICAT will be held in 14 cities and GE-PI will be held in five cities - Ahmedabad, Bengaluru, Delhi, Kolkata and Mumbai. The timeline is as under:

The second phase of the selection process, the timeline shall be announced at a later date. However, the GE-PI for the second phase will take place only at the MICA Campus in Ahmedabad.

Scope of Event Management as a Career In India in 2022

Is it Better to Do BBA in India or Abroad?

By: Abhinav Chamoli
Updated On: September 26, 2022
View All Management News