Kshama SharmaUpdated On: February 26, 2016 04:31 pm IST
Today we live in the technology era where we need to be updated about every single happening in the world. In this, Mass Communication plays a vital r

Today we live in the technology era where we need to be updated about every single happening in the world. In this, Mass Communication plays a vital role since through its various modes we can reach a large number of heterogenous audience. When we say modes, the most common & easily accessible are Radio and Television.Here, the concept of Broadcast Engineering comes into play. 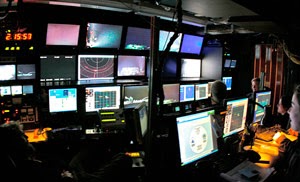 Today we have numbers of radio and television stations run by the government and private agencies and every broadcasting agency needs the expertise of broadcast engineers. Broadcasting Engineers works in various positions in these stations like he may look after a particular broadcast station or he may get the charge of an entire city or state.

Broadcast Engineering Society (BES) India is the Highest Authority of Government for maintaining the various affairs of Broadcast engineering as a profession in the country.

Some degrees under broadcast engineering:

After completing High School examination in Science stream with Maths and Physics one can go for an Undergraduate & Postgraduate Degree in Broadcast Engineering, respectively. Students are required to go through an entrance exam to gain admissions.

They must pass The All India Engineering Entrance Examination (AIEEE) or any other state level engineering tests like PET, etc.

Diploma holders in the related fields can also pursue B.Tech or B.E. course by way of the Lateral Entry process.

Some good Institutes in India:

Job profiles for a Broadcast Engineer:

Broadcast Engineers have working opportunities with both government and private broadcasting organizations which include, both radio stations and television houses.

They may work as: 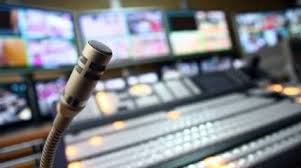 With the expansion of every industry, especially entertainment, the role of television and radio is increasing day by day. More and more people are engaging themselves with technology, taking this into consideration there are many opportunities ahead in the job market for the Broadcasting personnel.

Broadcast Engineers enjoys lucrative pay packages in the industry. Salary can be approximately Rs. 15,000 to 25000/- per month for the freshers. However, this is not the limit ,it raises significantly depending on higher qualification ,the organization you are working with, promotions earned, performances.

Is there option for masters in sociology

Yes, Candidates for the Masters in Sociology programme at Amity University must have completed their undergraduate degrees in one of the following fields: Anthropology, Economics, Political Science, History, Psychology, Geography, Philosophy, Education, Social Work, Journalism, or Linguistics, and they must have studied one of these fields in depth. All programmes at Amity University are accepting applications for admission in 2022. Interested candidates should submit their applications by the last extended deadline of September 5, 2022.

In case of any more queries, write back in the QnA zone.

MA is a very popular course and one can take admission after completing their graduation in any relevant field from a recognised university. The admissions to the MA program are either merit based or entrance examination based. The qualifying percentage of marks and eligibility criteria differs from course to course and college to college .Normally for taking admission into a good college in MA course, the students must have passed BA with a minimum of 50% marks. If you are looking for admission to any particular course, you can visit our official website CollegeDekho for more details. You …

Has the PG admission process at Munshi Singh College, Motihari begun? Is it an online or an offline process?

Dear student, the admission process for various postgraduate programmes offered at Munshi Singh College, Motihari has not begun yet. Only the UG admission process is currently underway at M S College Motihari. For admission into various PG programmes of Munshi Singh College Motihari, the officials consider the marks secured by the applicants in their respective previous qualifying examinations. Allocation of seats is done as per the merit list prepared by taking into consideration the previous qualifying exam marks of the applicants. The college officials have not yet released the mode of the admission process, which is expected to be conducted …

By: Diksha Sharma
Updated On: September 19, 2022
View All Engineering News