Units and Measurements: There are 7 base units that are available in the International System of units for all of the physical quantities. Units and measurements are one of the most important aspects of the class 12th physics subject because it carries most of the weightage in the examination. There are various subdivisions that are included in the chapter such as the dimensional analysis and the derived units other than the base units. The quantities are there for the students to describe the law of physics and these are called physical quantities. Two supplementary units are also available apart from the basic 7 units. Check out the article provided below in order to know more specifications in the units and measurements chapter while preparing for the exam.

Need For Units and Measurements

If you are a physics student then there is a very essential need for the system and units to measure different quantities including length, area, and mass of a particular thing There are various aspects related to the measurement of a particular unit. When you are measuring various aspects related to a particular unit you need to consider the length, breadth, and also mass that it carries. There is an International System of units that is adopted by the world in order to calculate the standard measurements. The International System of units is widely accepted as a unit and measurement tool for developed countries.

Types of Units of Measurement

Units and Measurements: Systems of Units

Significant Figures in Units and Measurements

Significant figures include the number of important single digits in the coefficient of expression in scientific notation. If there is a significant figure present in an expression then it will indicate the precision with which the engineer has indicated that specific quantity.

The dimensional analysis will help us to know the relationship between physical quantities with the help of their dimensions and the units of measurement. It will also help us perform calculations within the same units, requiring conversion methods to be undertaken.

Units and Dimensions of Derived Quantities 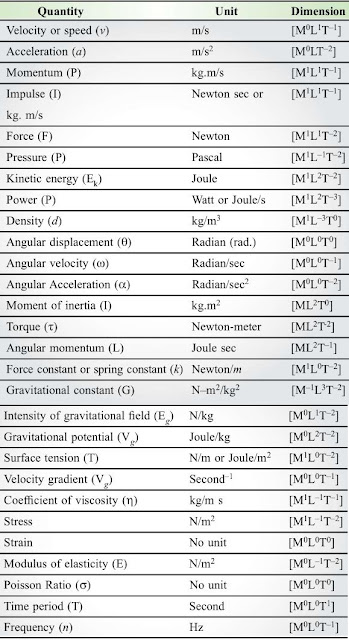 Units and Measurements - Some Important Questions With Solutions

Question - A new unit of length is chosen such that the speed of light in a vacuum is unity. What is the distance between the Sun and the Earth in terms of the new unit if light takes 8 min and 20 s to cover this distance?

Answer: Distance between them = Speed of light x Time taken by light to cover the distance

The Units and Measurement chapter hold a large weightage for the physics students so it must be prepared accordingly. You can check out the specifications related to the important topics available in this subject from the article mentioned above.

By: Deepansh Sharma
Updated On: February 06, 2023
View All Education News