A country like India, where Cricket is more than a religion, there are many among you who wish to become cricketers in the times to come. Listed below are some of the best cricket academies that you can opt for to get all the professional training in the sport.

India is a nation where cricket is referred to as a religion. It is one of the most popular sports in the country. The game is the legacy of the British during their colonial rule in India. The British left the country but the game did not. The game shot to its popularity in no time leaving behind even Hockey - the national game of the country. It is also one of the reasons why the number of sports management colleges in India and physical education colleges in Indiahas gone up.

Cricket has long been India's most admired and cherished sport. This game has evolved into a popular type of mass entertainment. The following are the top ten cricket academies in India: 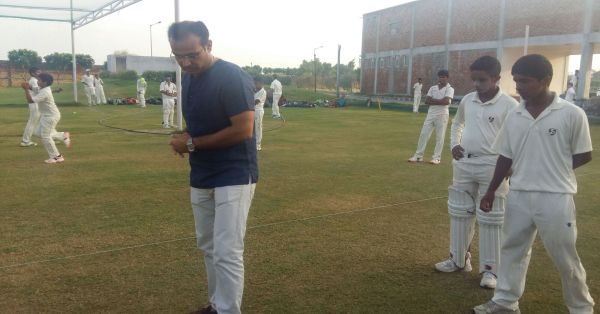 The Sehwag Cricket Academy is not very old but it has become one of the household names as one of the most discussed cricket academies in India. Cricketer Virender Sehwag, the aggressive former opening batsman for the Indian Cricket Team is the man behind the project. Providing quality cricket training, opportunity to learn from the experts with world-class cricketing infrastructure in a fun and innovative environment is the main motto of the academy, which is why it is counted as one of the best sports colleges in India. All the trainers at this cricket academy are well trained and expert professionals. It also provides innovative cricket coaching by Ranji-Players, gives an opportunity to meet famous national and international players. The cricketer Virender Sehwag himself takes the time to visit the academy. 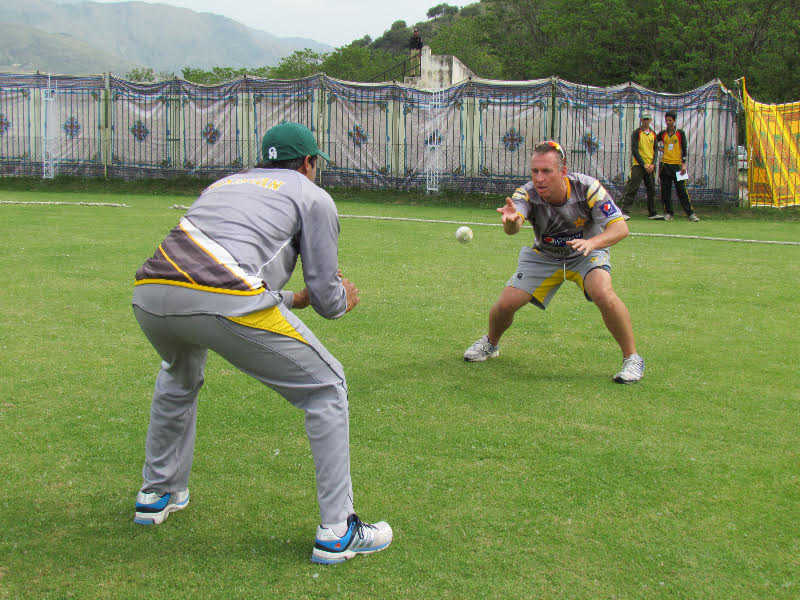 KIOC is a very popular name in South India in general and in the state of Karnataka in particular. The institute remains open throughout the year. The academy operates five sessions in a day. The major advantages of this academy are that it remains open for 365 days, provides audio-video sessions for better learning, have facilities for a professional physiotherapist and arrange different physical programs continuously. Moreover, those enrolled also get an advantage of one-on-one advanced coaching, take part in matches for improving a cricketer's skills and undertake domestic and international tour.

National School of Cricket is a joint venture of Abhimanyu Cricket Academy and Asian School. It provides skilled cricket coaching through expert coaches. The facilities and infrastructure of this cricketing school are of immense help to those willing to make a career in the field of cricket. High-speed bowling machines, pavilions with floodlights facilities for day and night matches, automated roller and grass cutter, updated sports equipment, provision for stump-vision cameras and snick-o-meters are some of the state-of-the-art arrangements for the players. It offers a full-time residential course with academics and regular non-residential training courses.

Legendary Indian cricket player Madan Lal is the man behind this academy with world-class infrastructure, equipped with four turf and three cement wickets. Only the selected few can enrol in this academy as the academy believes in providing quality cricketing coaching rather than in quantity.

Time to time the players get an opportunity to interact with the national and international players that visit the academy and share the valuable tips with the young cricket players. It provides school-based cricket academy, individual coaching with professional equipment. 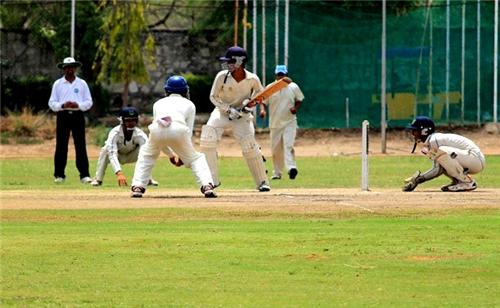 Located in the city of Jaipur in Rajasthan, the Jaipur Cricket Academy has some of the best coaching and training facilities that they can boost about. It was in 2010 when the academy had its humble beginning under the patronage of Shamsher Singh. The academy aims to provide emerging talents with a comfortable coaching atmosphere where these upcoming players can develop new skills. The various courses offered by the academy are off-seasonal and individual camps, high seasonal camps etc. The academy has names like Devendra Pal Singh and Mohammad Habib as the head coach and the additional coach respectively. 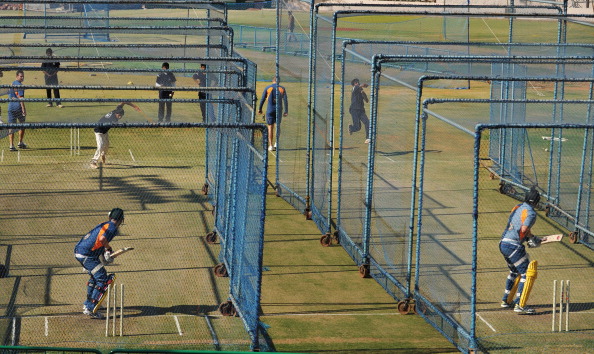 Established in the year 2000 by the Board of Control for Cricket in India, the National Cricket Academy is located in the city of Bangalore with Chinnaswamy stadium as the home turf. The academy has been associated with several legendary cricketers like Ravi Shastri, Kapil Dev, Sunil Gavaskar and Anil Kumble to name a few. The academy aims to improve the cricketing standards with the help of all the modern sports facilities required by the emerging talent. With different practising pitches and bowling machines, the academy also offers a residential stay to the players. The academy provides coaching at three different levels where respective coaches and trainers are made available.

You can also check out some of the other B.A. Sports Colleges in India here. 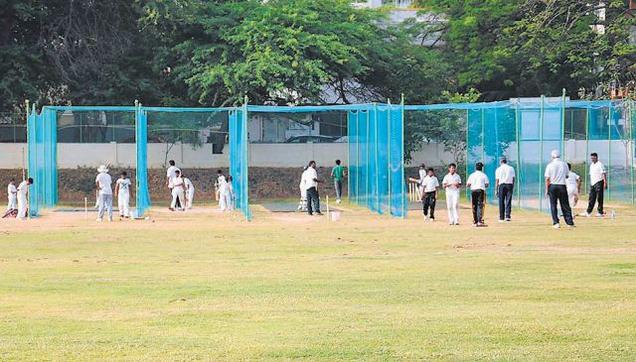 VB Cricket Academy is one of the famous cricket academies of India. It was established by former Indian opening batsman VB Chandrasekhar in 1997 to train the talented cricketers of the country.

Located in Chennai, the academy offers various advanced and basic courses to different age groups ranging between 6 – 19 years. The coaching programs of the academy focus on all aspects of the game – fielding, batting and bowling. With respect to batting, the course focuses on developing fundamental and advanced batting techniques and skills. On fielding, the course features many innovative fielding drills and programs guaranteed to improve fielding skills. The academy organises summer training camps and follows modern coaching methods. The video analysing sessions and practising with bowling machines is a great help for the players. With all modern cricketing facilities and expert coaching services, the academy is turning out to be the talent mine for the game in the near future. 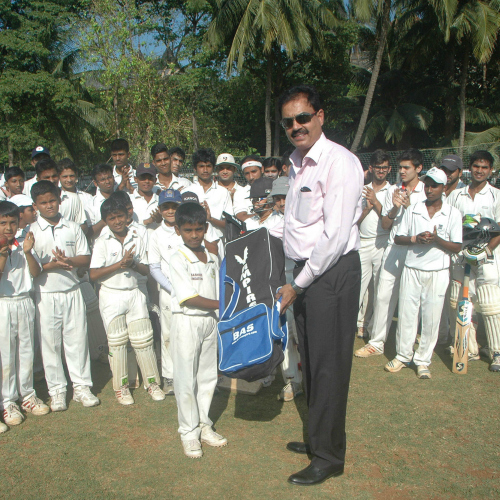 Vengsarkar Cricket Academy (VCA) had it beginning in 1994 and emerged as one of the prominent cricket academies of India with a global outreach. The academy has an excellent track record, as exemplified by its large participant base spread across several countries of the world. The academy is an example of its commitment to impeccable and uncompromising coaching standards. Free coaching philosophy, provision of advanced training facilities, development of skill performance so as to enhance knowledge and understanding of the gentleman’s game of cricket are other key features of the academy. Apart from that, the academy has also launched its unique online Interactive platform for the cricket community. It was launched by Dilip Vengsakar on the 6th of June 2014 at the Cricket Club of India (CCI Mumbai).

Some other popular cricket academies include -

L.B Shastri Cricket Academy, founded in 1996 in Delhi, is also one of India's most notable cricket academies. This academy was founded by Sanjay Bharadwaj, who has received numerous important accolades, including the Dronacharya Award.

The academy has produced notable international cricketers like Gautam Gambhir and Amit Mishra. With the support of its advanced infrastructure, this cricket academy hopes to develop cricketers into tomorrow's stars. Summer camps are held to provide specialized hitting and bowling instruction.

The academy provides junior sessions that are entirely dedicated to school-age participants. International visits are an important aspect of this academy's skill development since they allow learners to see diverse pitch conditions and cricket atmospheres. It provides excellent prospects for female cricketers. Reema Malhotra is a prime example of this.

The Sonnet Cricket Club is one of Delhi's oldest and most prestigious cricket academies. Mr. Tarak Sinha, the club's founder and coach established the club in 1969.

This cricket academy has produced some of India's top cricketers, many of whom have represented their country internationally. Virender Sehwag, Rishabh Pant, Ashish Nehra, Shikhar Dhawan, and Manoj Prabhakar are well-known names.

This cricket academy offers detailed technical analysis of aspiring talented players, counseling, and guidance for brilliant but underperforming players. It also organizes technical seminars with aspiring players that are interactive. In a small group, Coaches work systematically under the supervision of the Head Coach to provide effective coaching.

So, if you see yourself playing Cricket for the country, these academies can be your go-to place for all kind of professional training. If you have any questions related to the same, please comment below.

Students with great interest in cricket can also go for higher education in sports and make a career out of their hobby. Check the following to know the best sports colleges/universities in the following states

Most of the central Universities like Delhi University provide sports quota at the time of admissions to students actively participating in sports. The governemnt of India also provides quota to the candidates applying for a government job.

Good luck with your future endeavours!

If you have any questions regarding sports and cricket academies, feel free to shoot your doubts on our QnA Section. For more such updated content, stay tuned with CollegeDekho.

124 Upvotes
19 Downvotes
Read Next
Read Next

Top 5 Jobs in Sports that Do Not Require Playing